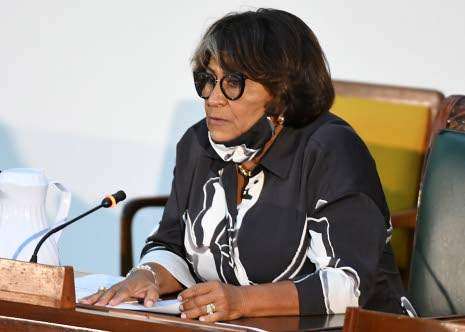 House Speaker, Marissa Dalrymple-Philibert, has allowed the tabling of a motion from the Opposition calling for Central Westmoreland MP, George Wright, to either confirm or deny that he is the man seen in a viral video assaulting a woman or be suspended.

The motion was brought by Leader of Opposition Business in the House, Anthony Hylton.

He says the call by Mr. Hylton is tantamount to asking Mr. Wright to incriminate himself.

This is the second motion tabled by the Opposition calling for Mr. Wright to be suspended.

However, the previous one was blocked by Mrs. Dalrymple-Philibert at the last sitting of the House of Representatives.

But, yesterday she allowed the Motion to be tabled and be debated at a later date despite her reservations.

Marissa Dalrymple-Philibert , Speaker of the House of Representatives.

She was speaking in Parliament yesterday.