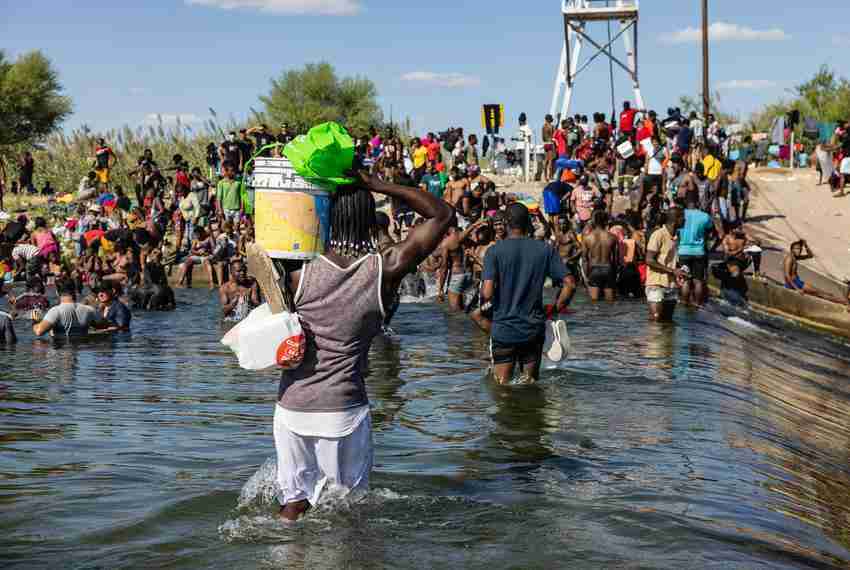 Approximately 10,000 migrants have gathered under a US-Mexico border bridge over recent days, leading to a growing humanitarian crisis.

The bridge connects Del Rio in Texas to Mexico’s Ciudad Acuña and the temporary camp there has grown with staggering speed in recent days.

According to a BBC report, the mostly Haitian migrants, who have crossed the Rio Grande, are sleeping under the bridge in squalid conditions.

The US government has been facing a surge of migrants at the border.

Earlier this year, it was reported that the number of migrants detained at the US-Mexico border in July exceeded 200 thousand for the first time in 21 years.

In August, the authorities arrested more than 195 thousand migrants at the Mexican border, according to government data released on Wednesday.

The migrants consist of mostly Haitians, with some Cubans, Venezuelans and Nicaraguans also present.

Border Patrol says the area underneath the bridge serves as a temporary staging site while migrants wait to be taken into US Border Patrol custody.

It says staffing will increase in Del Rio to facilitate a safe, humane and orderly process.