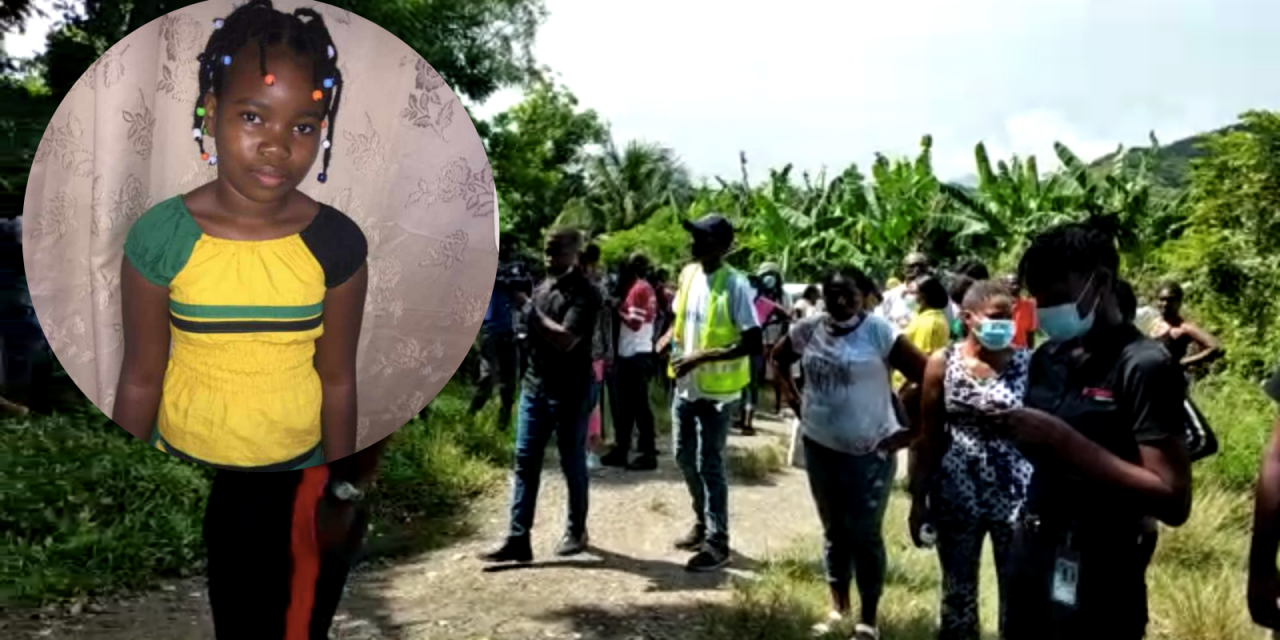 A massive search with some 500 people is still underway at this hour in Bath St. Thomas to find missing nine-year-old Phylisia Prussia who was abducted last evening.

The child went missing at about 7:00 o’clock when she was last seen at home wearing a white blouse and blue shorts.

Following the missing report, the police obtained CCTV footage that showed the child in the company of a man.

Police have since named 45-year-old, Davian Bryan, as a person of interest in the abduction.

Head of the JCF’s Corporate Communications Unit, Senior Superintendent of Police, SSP Stephanie Lindsay says Bryan, a Portland resident, was out on bail and reporting on condition in Bath, St. Thomas.

According to SSP Lindsay, Phylisia’s mother sounded the alarm that she was missing.

In the meantime, the JCF has intensified its search.

Head of the St. Thomas Police, Superintendent Alison Byfield says the search consists of many different agencies of the government.