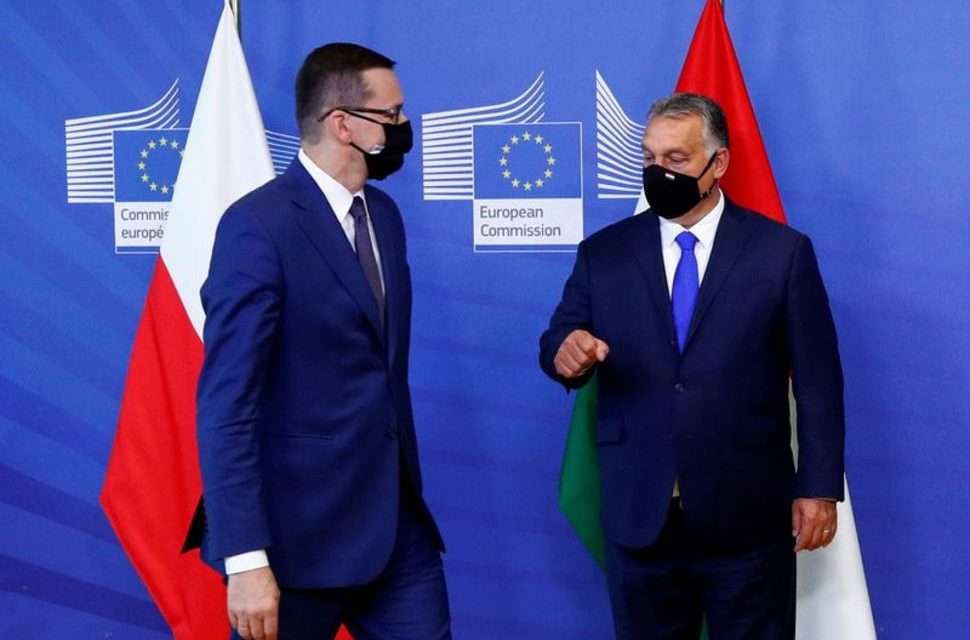 Hungary and Poland have blocked approval of the European Union’s budget over a clause that ties EU funding with adherence to the rule of law.

The financial package includes €750 billion for a coronavirus recovery fund.

Ambassadors of the 27 member states meeting in Brussels were unable to endorse the budget because the two countries vetoed it.

Hungary and Poland have been criticised for violating democratic standards enshrined in the EU’s founding treaty.

The EU is currently investigating both countries for undermining the independence of courts, media and non-governmental organisations.

The clause threatens to cost them billions of euros in EU funding.

EU states had already agreed on the €1.1 trillion budget for 2021-2027, and the coronavirus stimulus package after a marathon four-day summit in July.

The German EU presidency said Ambassadors had voted through the clause that made access to EU funds conditional on adherence to the rule of law, because it only required a qualified majority.