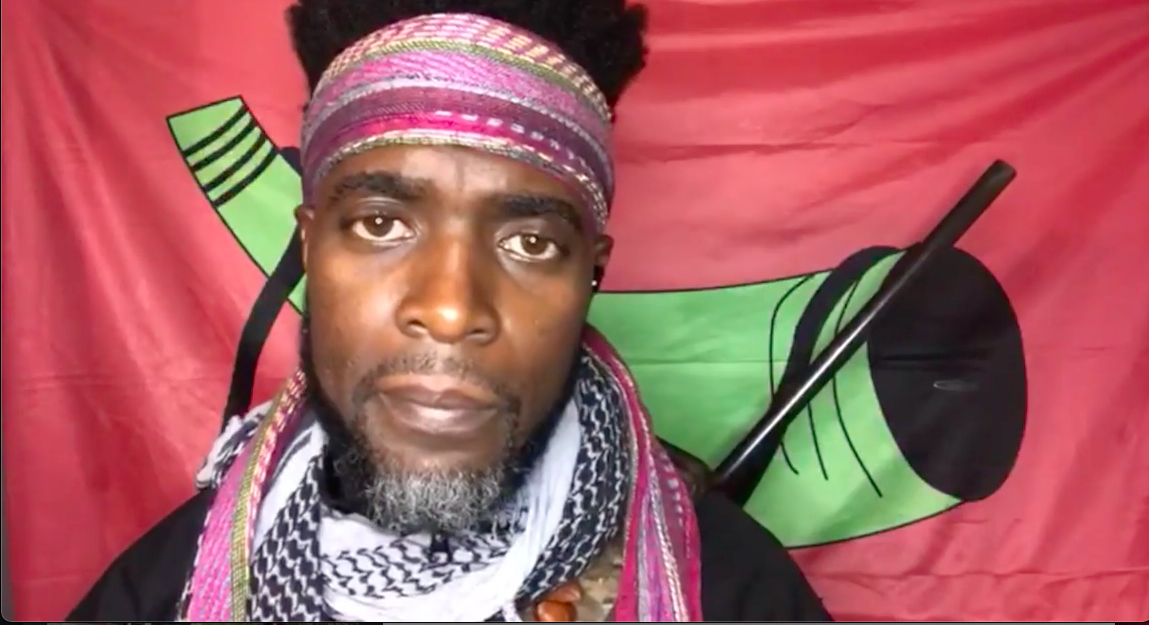 Maroon Chief, Richard Currie, is declaring that he does not need permission to use weapons or any other form of modern technology to defend his people.

Currie made the declaration in a video address which was published to his Instagram account. He insisted that he has never been involved in criminality.

Currie delivered the address with what appeared to be a shotgun strapped to his back.

An Accompong logo was included in the video.

The logo had imprinted on it the words – ‘ State of Cockpit Country, office of the Honourable Chief’.

The Maroon Chief says the Government of Jamaica and the Firearm Licensing Authority, FLA, should be aware that he does not need their consent to defend his people.

Currie says the Maroon community is interested in peace.

Maroons do not promote violence. We are a peaceful people.”

Currie’s declaration comes hours after our news center disclosed that the FLA had launched an investigation into an incident on Tuesday in the Cockpit Country.

During the incident, Currie was seen with what appeared to be a shot gun on his back and involved in a tense exchange with the police.

However, the shotgun is to be used only when he’s engaging in sport, such as bird shooting.

The shotgun licence was issued by the FLA.

The investigation into Currie’s apparent possession of the weapon during the confrontation with the police was launched by the FLA on Wednesday after a report was made to the authority.

The probe into Currie’s possession of the shotgun during the confrontation with the police comes after a video surfaced of an incident which also featured some supporters of the Maroon Chief.

The video shows Currie running to stand in front of a group of his supporters.

The Maroon Chief told his supporters to “ease back”, “show no aggression” and to “stand down”. Currie told the police, “listen to me, lower your gun”.

The Maroon Chief then told the police to leave the area.  The police appeared to comply.