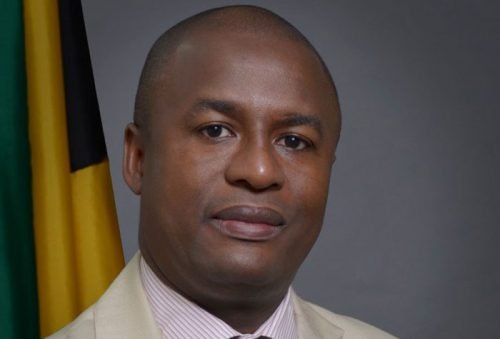 Vice President of the Opposition People’s National Party and former West Hanover MP, Ian Hayles is now the subject of a criminal referral by the Integrity Commission.

The referral on forgery and conspiracy to defraud allegations is contained in long awaited report from the former Office of the Contractor General now Integrity Commission.

The report was tabled in the House of Representatives Tuesday, almost 8 years after it was first compiled.
Robian Williams tells us more.

The report concerns an investigation into the illegal construction of buildings on properties located in Orange Bay and Cousins Cove in the parish of Hanover.

While the OCG was unable to find any evidence to suggest that Mr. Ian Hayles had a legal interest in the properties, the report says the former MP is linked to and featured prominently in the affairs of the aforementioned developments.

It notes that he, Hayles, commissioned a survey for which his then CDF Officer, Mr. Sheridan Samuels acted as an agent.

The former MP during a hearing also provided to the OCG, a copy of the Sub-Division Approval for Cousins Cove, amongst other documents, which he indicated were loaned to him by his wife.

Hayles provided the OCG with a copy of the forged “Sketch Plan of Cousins Cove Lot 23 and 24 which was purportedly prepared by Mr. Andrew Bromfield, Commissioned Land Surveyor.

The Former MP is also alleged to have approached Ms. Shernet Haughton, former Mayor of Lucea requesting that she grant him a ‘favour’ by signing and stamping documents which were in relation to “his land and plaza in Hanover”.

The OCG recommended that Hayles’ be further investigated in respect of Haughton’s allegations concerning the attempt to influence the actions of a public officer.

According to the then OCG, this is a violation of the Corruption Prevention Act and a conflict of interest.

Hayles, who’s now a vice president of the Opposition PNP, served as a Member of Parliament for Western Hanover, before being defeated in 2020 by the JLP’s Tamika Davis.

The OCG report had been submitted for tabling in February of 2017 but was blocked after Hayles obtained a court injunction barring the Parliament from releasing the findings contained in the document.

However, the Supreme Court in December of last year dismissed his application for Judicial review after nearly 6 years.