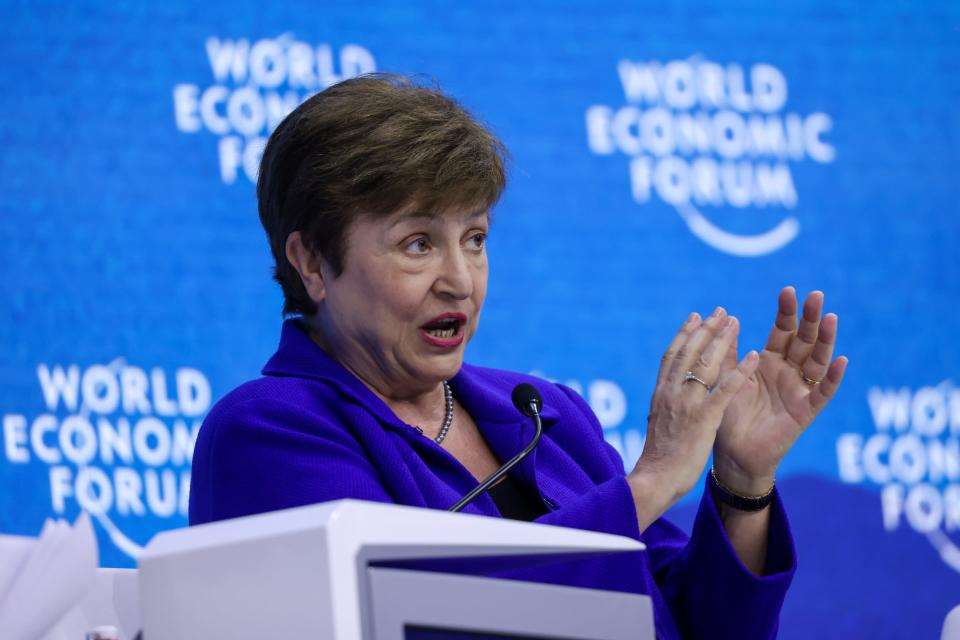 Managing Director of the International Monetary Fund, Kristalina Georgieva, says the world is facing an increased risk of a recession within the next year.

She warns the shocks caused by the war in Ukraine are only getting worse.

Ms. Georgieva is calling for action from the G20 to address the concerns.

The IMF head says the outlook for the global economy has darkened significantly in recent months.

She warns that the world faces an increasing risk of recession in the next 12 months.

Ms. Georgieva says commodity price shock from the war in Ukraine had exacerbated the cost-of-living crisis for hundreds of millions of people.

She says it was only getting worse.

The IMF Managing Director says Inflation is higher than expected and has broadened beyond food and energy prices.

This she says has prompted major central banks to announce further monetary tightening—which is necessary but will weigh on the recovery.

As a result, recent indicators imply a weak second quarter—and we will be projecting a further downgrade to global growth for both 2022 and 2023.

According to Ms. Georgieva, the outlook remains extremely uncertain.

She says further disruptions in the natural gas supply to Europe could plunge many economies into recession and trigger a global energy crisis.

The IMF head says it is going to be a tough 2022—and possibly an even tougher 2023, with an increased risk of recession.

Georgieva said raising interest rates to combat inflation was one of three key policies needed to combat the threat to the world economy along with reducing government debt and more global cooperation.

She says that is why decisive action is needed and strong international cooperation, led by the Group of 20 of the world’s wealthiest nations, G20.