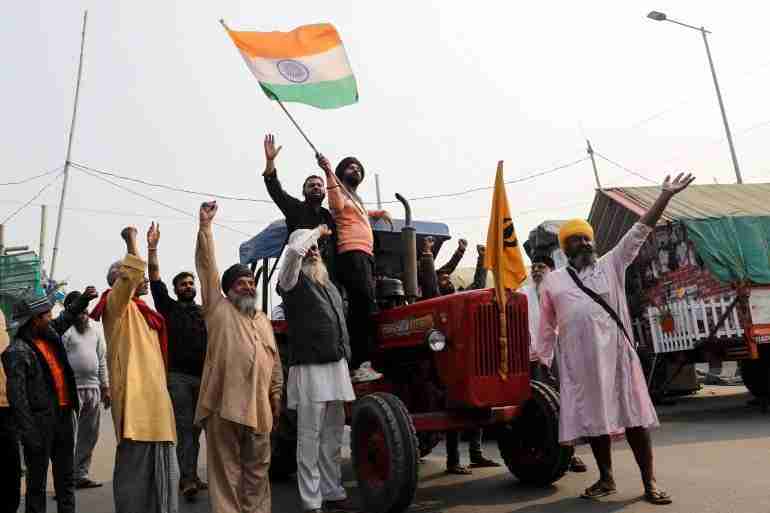 Indian Prime Minister Narendra Modi has announced the repeal of three controversial farm laws after a year of protests.

Thousands of farmers had camped at Delhi’s borders since last November and dozens died from heat, cold and Covid.

Farmers say the laws will allow the entry of private players in farming and that will hurt their income.

Friday’s surprise announcement marks a major U-turn as the government had not taken any initiative to talk to farmers in recent months.

And Mr Modi’s ministers have been steadfastly insisting that the laws were good for farmers and there was no question of taking them back.

Farm unions are seeing this as a huge victory.

But experts say the upcoming state elections in Punjab and Uttar Pradesh – both have a huge base of farmers – may have forced the decision.

The announcement on Friday morning came on a day Sikhs – the dominant community in Punjab – are celebrating the birth anniversary of Guru Nanak, the founder of Sikhism.