Indian President Commends Jamaica for Including Women in Positions of Leadership 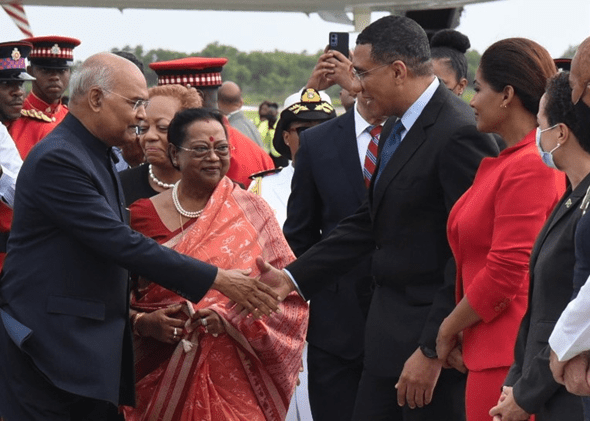 President of the Republic of India, Ram Nath Kovind is applauding Jamaica for its move to involve women in leadership positions.

President Kovind was speaking at a joint sitting of the Houses of Parliament this morning.

The President also told the Parliament that Jamaica was a partner of choice and is poised for greater economic success.

Ram Nath Kovind, President of the Republic of India, speaking before a joint sitting of the Houses of Parliament.

Kovind is the first Indian President to visit Jamaica over the two nation’s 60 years of diplomatic relations.