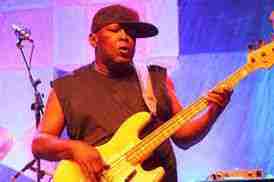 He died in the United States.

The Jamaican artiste was part of the popular duo, Sly and Robbie.

The late artiste’s given name is Robert Warren Dale Shakespeare.

Culture Minister, Olivia Grange, announced Shakespeare’s passing in a statement to the media a short while ago.

In a statement, the Culture Minister said it is with great sadness that she’s announcing the passing of Jamaican reggae musician and record producer, Robbie Shakespeare of Sly and Robbie fame.

“I am in shock and sorrow after just receiving the news that my friend and brother, the legendary bassist Robbie Shakespeare has died.”

Minister Grange says Robbie and Sly Dunbar (the drummer) as Sly and Robbie, have been among Jamaica’s greatest musicians.

The Culture Minister says “the fantastic team took bass playing and drumming to the highest level as they made music for themselves as a group, and for many other artistes locally and internationally.”

Minister Grange says Robbie’s loss will be felt by the industry at home and abroad. He will be sorely missed.