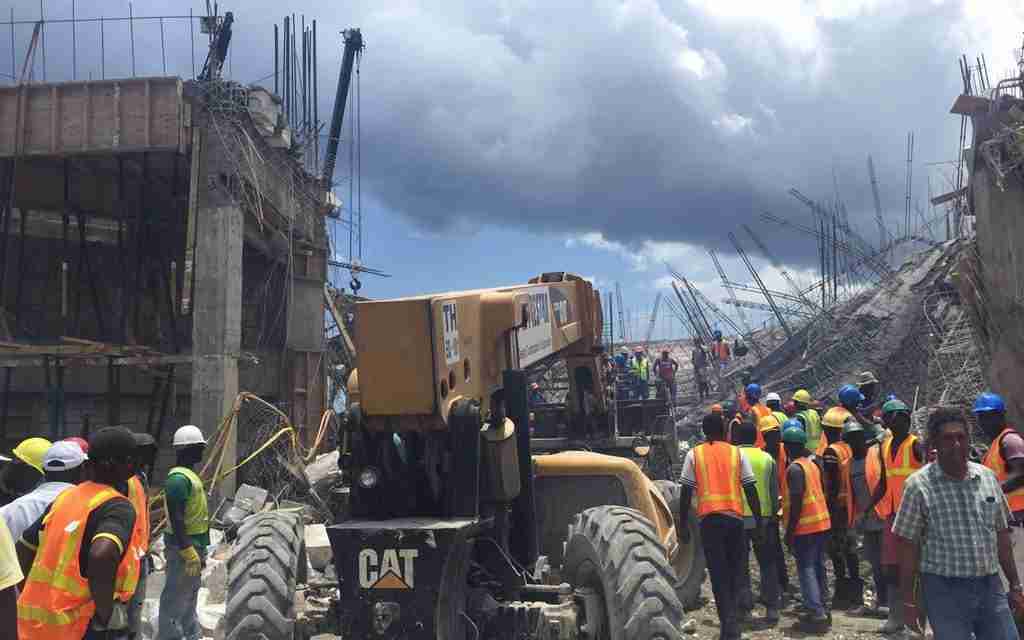 The Integrity Commission’s Director of Investigations has found that the Developers of the Royalton Resort in Negril breached government guidelines on multiple occasions while avoiding fines and penalties from the Hanover Parish Council.

An investigation into the property was launched after a section collapsed on May 10, 2016, trapping several construction workers under the rubble.

The report was tabled in the House of Representatives yesterday.

The Commission’s Director of Investigations suggests that up to five days before the collapse the construction had breached the conventions of its permits.

The collapse of the structure occurred early in the morning on the Hanover side of Negril.

Fortunately no one was killed in the incident.

According to the Integrity Commission’s Director of Investigations, the developer’s first breach resulted after they began construction on the property before being issued the relevant permits.

This resulted in them being issued their first cessation order on October 23, 2015 by the Hanover Parish Council.

Royalton’s building permit was not issued until November 19, 2015.

Despite the order the Parish Council observed that construction on the site continued and site warning notice was issued on October 28, 2015.

A further notice was issued on December 3 for breaches relating to the Natural Resources Conservation Authority Act and the Town and Country Planning Act.

Further, on January 22, 2016, the parish council wrote the developers, informing them of unapproved modifications to the Royalton Negril Resort.

This followed a site visit days prior which the Hanover Parish Council stated it made grave observations.

It was also noted on the date of the collapse by a building officer that the hotel development breached several of the conditions of approval given.

The officer also noted that it was most apparent that the construction methodology which resulted in the failure of the props would have caused the incident to occur.

The Director of Investigations also observed that the Cease Work Notices issued by the Hanover Parish Council, stipulates that a failure to comply should result in a penalty not exceeding 20- thousand dollars and a daily penalty of one-thousand dollars, for every day which the breach continued.

However, Hanover Parish Council indicated that no fines or penalties were imposed for the breaches.

The Director as part of his recommendations states that the Hanover Municipal Corporation, the Negril Green Island Area Local Planning Authority and the National Environment Planning Agency, if they have not yet done so, must develop internal policies and procedures to ensure the enforcement of penalties.

The Director stats that it is his considered opinion that the enforcement of the provisions of the law that prescribe fines and penalties would serve as a greater deterrent and reduce the inclination to violate Orders and Notices issued by the Corporation.