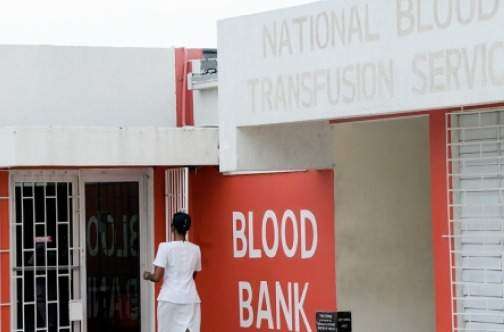 The Health and Wellness Ministry has launched an investigation into allegations of professional misconduct in the management of the National Blood Transfusion Service.

According to the allegations, being investigated, there is a public health risk in how the blood bank has been handling and processing blood.

According to sources, errors are being made in the handling of blood, staff at the bank are demoralised, and unnecessary expenditure by the government of Jamaica is taking place.

One of the most shocking allegations, is that blood infected with HIV, Syphyllis, Hepatitis B and C, is being dispatched to patients

According to sources, at the Blood Bank, there was a case on May 5, this year, of a blood donor who started donating since 2013.

The sources say the donor tested negative for Human T cell Leukemia Virus, HTLV One and Two, then tested positive for the virus in 2014.

HTLV One and Two are sexually transmitted diseases which can cause cancer.

In light of the positive and negative history of the patient, the sources say an investigation was requested.

But, the sources say staff then discovered that the patient’s card with her relevant information had gone missing.

It was then discovered that there was no regular cleaning of the agency’s machine, and that a material used in the machine could cause a false reading if the detection button was turned off.

And, then there’s the alleged wastage of what the sources say are thousands of US dollars worth of chemicals at the Blood Bank.

Those chemicals are used to operate the machine which tests if donated blood is infected with viruses.

The sources say thousands of US dollars worth of those chemicals were found in the storeroom that have expired since 2018.

They also claim that several units of blood are being wasted, due to poor management.

They say donor’s red blood cells have a shelf life of 35 days after donation and at times, forty-two days based on the use of additives.

The sources say at times, due to poor inventory, re-agents are not ordered in time and the shelf life of the donated blood expires and cannot be processed.

The sources say those units of blood are discarded.

But, they say it’s not clear how many units of blood are being wasted, because there is no documentation.

The sources also say Medical Technologists interdicted due to media reports they’ve engaged in industrial action and a subsequent probe, have been replaced by untrained staff.

Nationwide News contacted Director of the National Laboratory Services, Dr Michelle Hamilton, for a comment but she refused to speak with us.

Dr Hamilton previously served as Acting Director of the National Blood Transfusion Service between 2017 and 2019.

In the meantime, Permanent Secretary in the Health and Wellness Ministry, Dunstan Bryan, says the Ministry became aware of the allegations early this week.

Mr Bryan says he expects to get a preliminary report on the investigation soon.

He says the staff who reportedly took industrial action recently, remain interdicted until an investigation into their conduct is completed.

The Permanent Secretary maintains that the absence of those staff has not affected operations at the Blood Bank.

Dunstan Bryan, Permanent Secretary in the Health and Wellness Ministry, speaking this afternoon with Nationwide News.