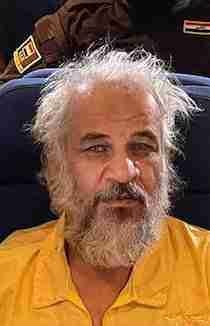 Iraq says it has captured the jihadist group Islamic State’s financial chief in an operation outside its borders.

Sami Jasim al-Jaburi was arrested in a “complex external operation” by the Iraqi National Intelligence Service.

The United States had offered a US $5 million reward for information leading to his capture.

The FBI’s Rewards for Justice website alleged that he was “instrumental in managing finances for IS terrorist operations.”

Jasim had also supervised the group’s “revenue-generating operations from illicit sales of oil, gas, antiquities, and minerals” after it seized large swathes of Iraq and Syria in 2014.

Iraq’s Security Media Cell said the detainee was close to the new leader of IS who replaced the previous leader after he killed himself during a US special forces raid on his hideout in Syria in 2019.

Although it’s not reveal where Jasim had been captured, a senior Iraqi military source told AFP news agency that it had happened in Turkey.

However, there was no immediate response from Turkish authorities to the report.