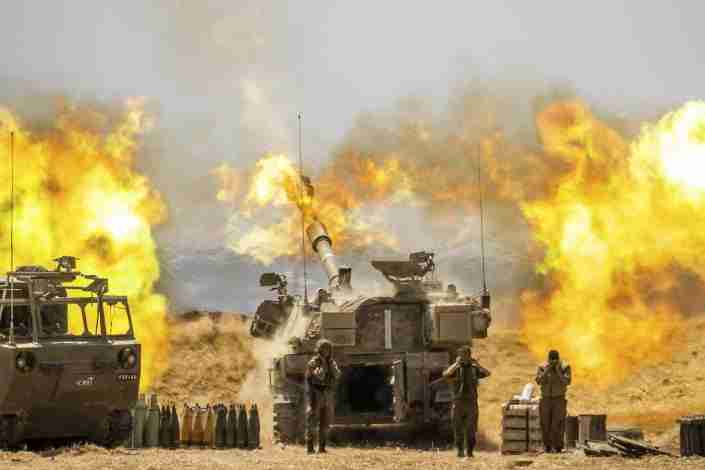 The Israeli government has moved more troops towards the Gaza border to prepare for what a military spokesman called all eventualities and possible escalation.

Approximately 3-thousand army reservists have also been called up to bolster police efforts to rein in clashes in Arab-Jewish towns.

The fighting erupted on Monday after weeks of rising Israeli-Palestinian tension in East Jerusalem which culminated in clashes at a holy site revered by Muslims and Jews.

Meanwhile the Hamas-run Palestinian health ministry in Gaza says the death toll there from Israeli air strikes that began on Monday has risen to 83, with more than 480 people wounded.

It says at least 17 children are among the dead.

Meanwhile, Israeli medics say seven people have so far been killed in Israel by rockets launched from Gaza, including two children.

On Wednesday, a six-year-old boy died after a rocket struck a home in the town of Sderot(Steer-wrote).

The Israeli military says Hamas and other Palestinian militant groups have launched more than 1,500 rockets towards Israel.

It says it has responded by carrying out hundreds of strikes on military targets and killing dozens of militants.

A spokesman for Hamas’s military wing, Abu Ubaidah, meanwhile says there is little sign of the conflict subsiding soon.

He says there are “no red lines” when it came to the group’s action against Israel.