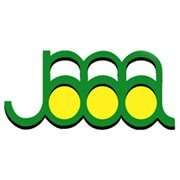 The two independent candidates who are vying for positions at the November 28 Annual General Meeting and Election of the JAAA are voicing their dissatisfaction at being given the voters lists without contact information for the delegates.

A list with 263 Delegates plus 33 clubs have been handed to Presidential   Candidate Donald Quarrie and Anthony Davis who is vying for the post of General Secretary.

Both men appeared on the Nationwide Sports show from the sidelines lastnight to voice what they are calling the unfair treatment.

That’s Donald Quarrie who says he had brought it to the attention of out going president Dr. Warren Blake and he is expecting a response by latest this evening.

Davis says he too was expecting the playfield to be level especially after talking to Dr. Blake ahead of getting the list.

Contact for the delegates aside, Davis also has some reservations about some of the names which have appeared on the list.