Jamaica And The Queen 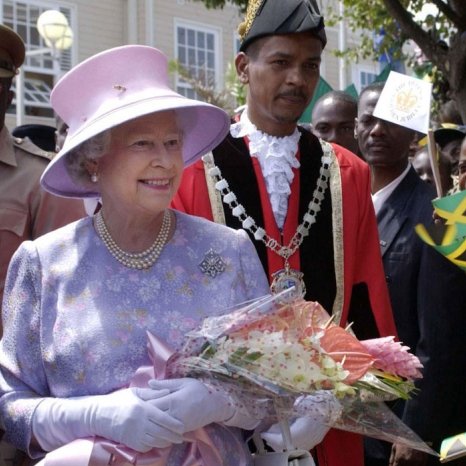 Jamaica has been an independent nation for sixty years and it is
more than reasonable to say we have done well in many areas
charting our own destiny. It is also quite fair to say we have made a
muck of it while having every opportunity to be way ahead of our
present state of affairs.

The decades of tragic turmoil spread across the political
playground was usually the starting point for the academics who for
ages largely chose one side or the other to support in their claims.
This has been a basic fact of life in Jamaica and far too commonly
known, so let’s not waste time getting our degrees in a twist.

The idea and comfortable concept of independence was based
on the ability to finally chart our own course and destiny in the affairs
of the country, creating a way forward on our own terms. This
resulted in every victory being seen as our own hard work, well
deserved and proof we could achieve whatever we determined to be
best for our country. Initially we seemed to be working out a formula
that had all aboard and expectedly, those who were not yet at the
point of being able to maximize the opportunities could anticipate the
dawning of a new day.

We soon after decided it was in our best interest to highlight our
political differences over national interest and the new version of
political ideology, warfare, bloodshed and division became the

template upon which we would embark. This marked a new direction
for the drive towards actual independence, with two main drivers and
their respective passengers taking absolutely different paths. It was
almost like the making of a movie with lead characters intent on
doing whatever was necessary to emerge victorious in a war with the
audience having to carry the casualties.

We plodded along politically, struggled economically, scraped
through socially and lost thousands physically. The erosion of family
was an obvious expectation and with that came the deterioration of
community. The shouts of independence and self-reliance in the past
were turned into choirs of dependence on the state, an overwhelming
belief that in order to achieve, the government should place the people
on its shoulders. The hustle, juggling, ‘eat a food’, ‘bly’ mentality
became entrenched deeper than the constitution, crime became
comfortable and corruption its cousin.

Jamaica has seen tertiary institutions give birth to more
graduates than a rabbit farm in full force, so it cannot be said that we
lack a large educated group. However, it can be said we have a lot of
educated people who haven’t created a lot more than academic paper.
We are all standing in line waiting to be given a job or
complaining how much we can’t get the income it takes years to earn
or we are busy blaming the system, asking government to give us
something meaningful.

Is the Queen to be blamed for our failings as a nation? Is that
really our 2022 excuse?