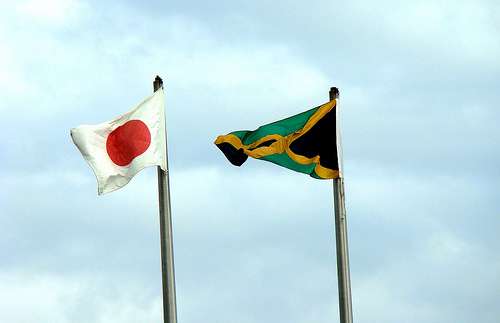 Prime Minister Portia Simpson Miller has given her full support to a new law passed by the Japanese parliament, that could see Japanese troops fighting abroad for the first time since World War two.

When World War Two ended in September 1945, allied forces made it a condition of surrender for Japan to have a military limited only to self defence.

But now the Japanese government say modern security concerns means it must change that policy.

In a joint statement coming out of the meeting, she said Jamaica’s support is based on the principle of international cooperation.

The spokesman for the Japanese Prime Minister, Yasuhisa Kawamura, says both Governments have also agreed to work closely on reforming the powerful UN Security Council.

Prime Minister Simpson Miller also agreed with Abe, that seas and oceans should be free from the threat or use of force.

According to the statement, Prime Minister Simpson-Miller has also agreed, that peaceful settlement of disputes must be adhered to in accordance with international law.

She’s says North Korea should take steps towards denuclearization in the Korean Peninsula and to comply with its International obligations.

They’ve also called on the international community to ensure full implementation of sanctions against North Korea.