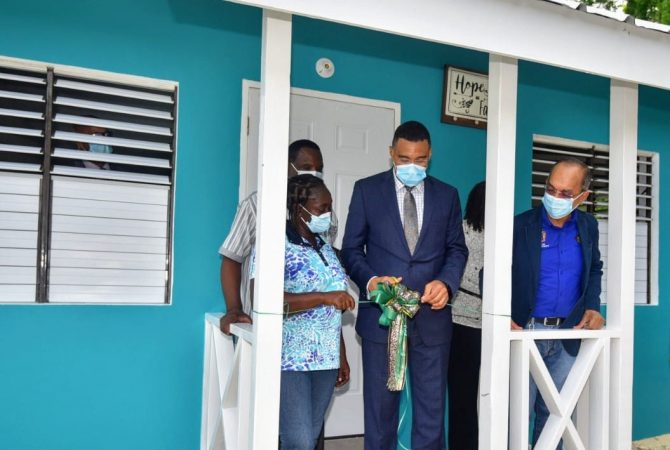 Prime Minister Andrew Holness says the country is facing a deficit in the current and future demand for housing.

He says there needs to be adequate planning on providing houses to every existing household in Jamaica.

The Prime Minister was speaking yesterday at the groundbreaking ceremony of the Howard Apartments in St. Andrew.

Holness says shelter is a human right which every Jamaican should be able to properly access.

He however says unplanned communities in the island stem from Jamaicans acquiring land by their own means.

The Prime Minister is of the belief Jamaica has more than enough lands and that has caused more unplanned settlements to emerge.

He says the government has to find ways to allow better access to houses.

Meanwhile, the Prime Minister says more needs to be done to have the country’s heritage and cultural assets used for economic gain.

The Prime Minister noted it’s time to move away from the belief that such assets should be left alone.

Holness was speaking in the House of Representatives on Tuesday regarding efforts to restore Vale Royal.

The Vale Royal property, meant as the official residence of the Prime Minister, according to Holness has significantly deteriorated over the years and is no longer fit for purpose.

He says unfortunately due to pandemic priorities, many of the country’s cultural assets did not receive the due care required.

The Prime Minister also says the best way to preserve the country’s assets is to utilise them and in so doing generate revenue that can be invested in their upkeep.