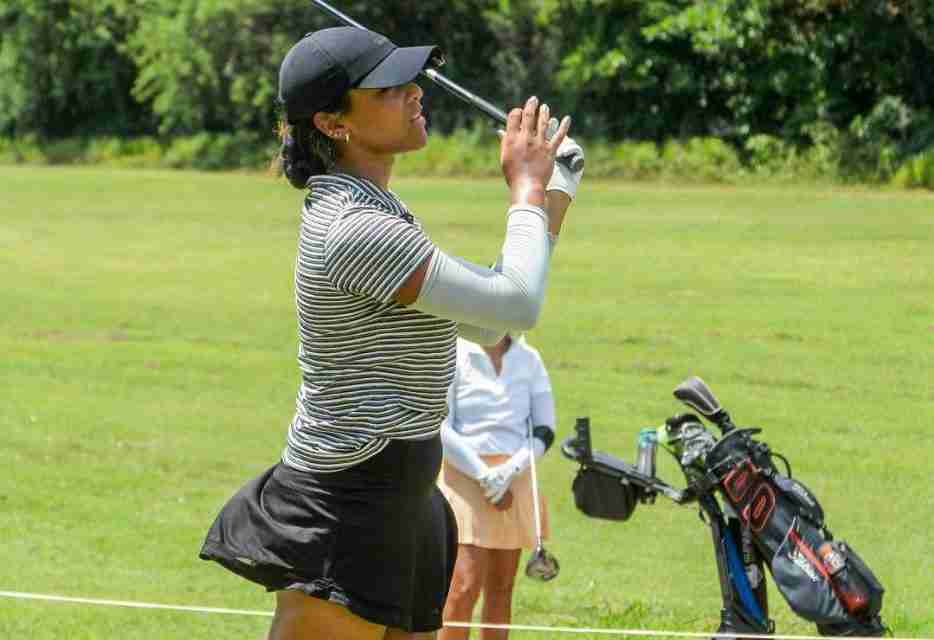 Most of the Jamaica’s team left the island with high expectations early Saturday morning, for Palmas Del Mar in Puerto Rico for the 34th staging of the Caribbean Amateur Junior Golf Championships.

They were excited to get on location to express themselves on the golf course as they try to win the overall country trophy for the first time.

The two coaches, Jonathan Newnham and Jason Lopez as well as the most experienced male and female players Rocco Lopez and Emily Mayne respectively, were upbeat about Jamaica’s chances this time around having come close in 2018 and 2019 when the island ended in second place on both occasions to perennial winner Puerto Rico.

According to Newnham they are ready and excited.

Lopez says everyone was well prepared having been assessed on various golf courses across the island.

The players who left Jamaica on Saturday will team up with Eryn Blakely in Puerto Rico and go through at least one practice round ahead of Tuesday’s start of competition.

The other team members on the boys side are 18 & Under – Aman Dhiman and Trey Williams; 15 & Under – Lek Drummond, Aaron Ghosh and Ryan Lue and 11-13 – Kemari Morris and Shasa Redlefsen; while the girls are 15 & Under – Samantha Azan and Mattea Issa, and 11-13 – Alessandra Coe who is making her first trip as a national representative.