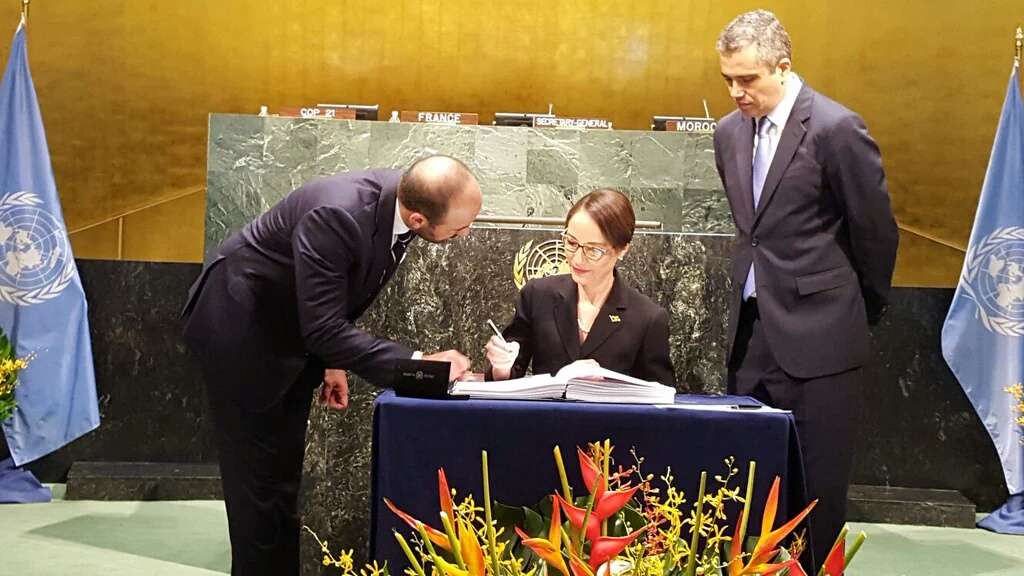 Foreign Minister, Senator Kamina Johnson-Smith, was among representatives of more than 150-countries who signed the agreement.

The signing ceremony coincides with the celebration of Earth Day – a day earmarked by environmentalists worldwide for recognition of the need for protection of the environment.

The Paris Agreement, which was adopted at the Climate Change Summit in Paris in December 2015, signals the commitment of the international community to combat climate change and its wide-ranging effects.

The UN has argued that the Agreement is important to developing states which are particularly vulnerable to the impact of climate change, including sea-level rise and coastal erosion.