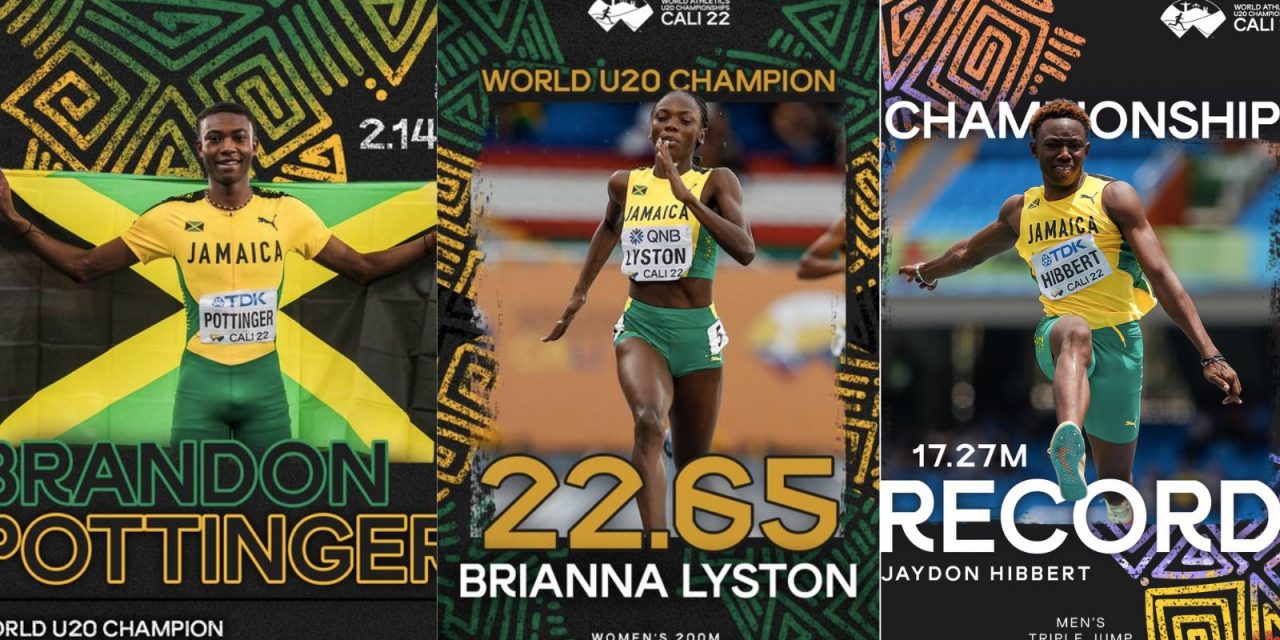 Jamaica won four gold medals today at the World Athletics Under-20 Championships in Cali, Colombia, and in the process set a new junior world record on the track and a championship record in the field.

Jamaica’s quartet of Tina and Tia Clayton, Kerica Hill and Serena Cole blazed to victory in 42.59 seconds to win gold and set a new girls’ under-20 4-by-100 metre record.

In the boys’ final Jamaica picked up the silver with a time of 39.35 seconds – the same as the winners Japan, while USA was third in a season best 39.57 seconds.

Brianna Lyston won the girls’ 200 metre in 22.65 seconds, while her compatriot, Alana Reid copped the bronze in a personal best 22.95 seconds.

Brandon Pottinger won gold in the high jump when he cleared 2.14 metres.

Her compatriot Alexis James also advanced to the final after posting a personal best 12.94 seconds to win semi-final-3.

Machaeda Linton qualified for the final of the girls’ triple jump with a personal best of 13.06 metres.