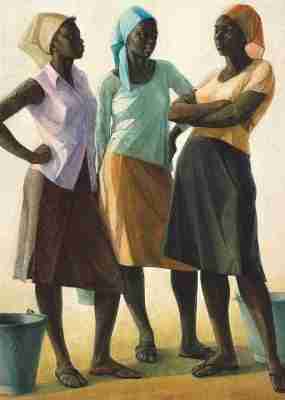 I have long believed the Jamaican woman is a different version of the initial and intended template from the days of Eden.  Nowadays it is obvious the standard of achieving “strong woman” is a bar set by our women.  It doesn’t matter if the journey is board house, ballroom, boardwalk or boardroom, the examples are countless.  We can also add the argument that we have far more women sitting as CEO’s, senior executives and middle managers than most and throw in the number of tertiary graduates for good measure.

However, there is still the claim of women being relegated to second place by a male dominated society, one armed with a testosterone driven boys’ club mentality and the subtle, sometimes overt display of disregard for the fairer and finer sex.  We can find many ways to justify whatever view selectively or objectively held, but there are some factors that cannot be ignored.  It is critical that the Jamaican woman understand her currency and value in the stock market of men, whether they need to be told, reminded or have it reinforced.

It might strike some as trivial, underestimated or truly misrepresented when these arguments are made and the style and format used to explain this undeniable truth.  By itself, that might well be understandable, but let us be totally honest about the realities in Jamaica today.  The first argument must be based on a general agreement that as a collective group, all woman will subscribe to the points.  If we keep that in mind, we can reasonably assume truth will reign.

As a note, let it be declared that men will always give in to the consistent position stated by all women who they come in contact with on a daily, weekly and monthly basis.  The other side is, men will always seek to push the boundaries of what can exist if they deem it acceptable to many and only rejected by a few, so with that in mind there are some things to consider.

It is quite simple.  Men function within a space that needs the acceptance of women and the agreement to whatever women decide is suitable.  If we can’t find women who accept dysfunction, disrespect and criminal behaviour, we will change. That’s fact.