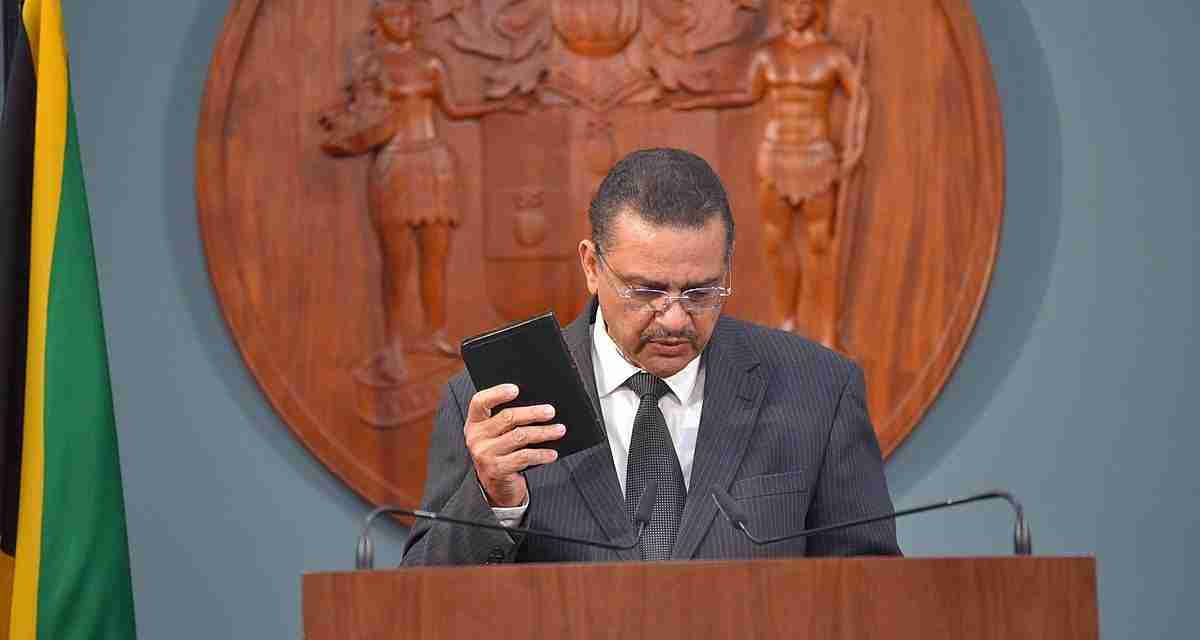 Jamaica’s Attorney General, Dr. Derrick McKoy has been elevated to the rank of Queen’s Counsel, QC.

Dr. McKoy who is the 12th Attorney General since independence was elevated to the rank of QC during a Calling to the Inner Bar ceremony this morning.

Chief Justice, Bryan Sykes first disclosed that Dr. McKoy was being promoted to the rank of QC.

For his part, Justice Minister, Delroy Chuck in proposing Dr. McKoy as QC noted that he will be able to assist in ensuring that the legal profession gets the supervision it deserves.