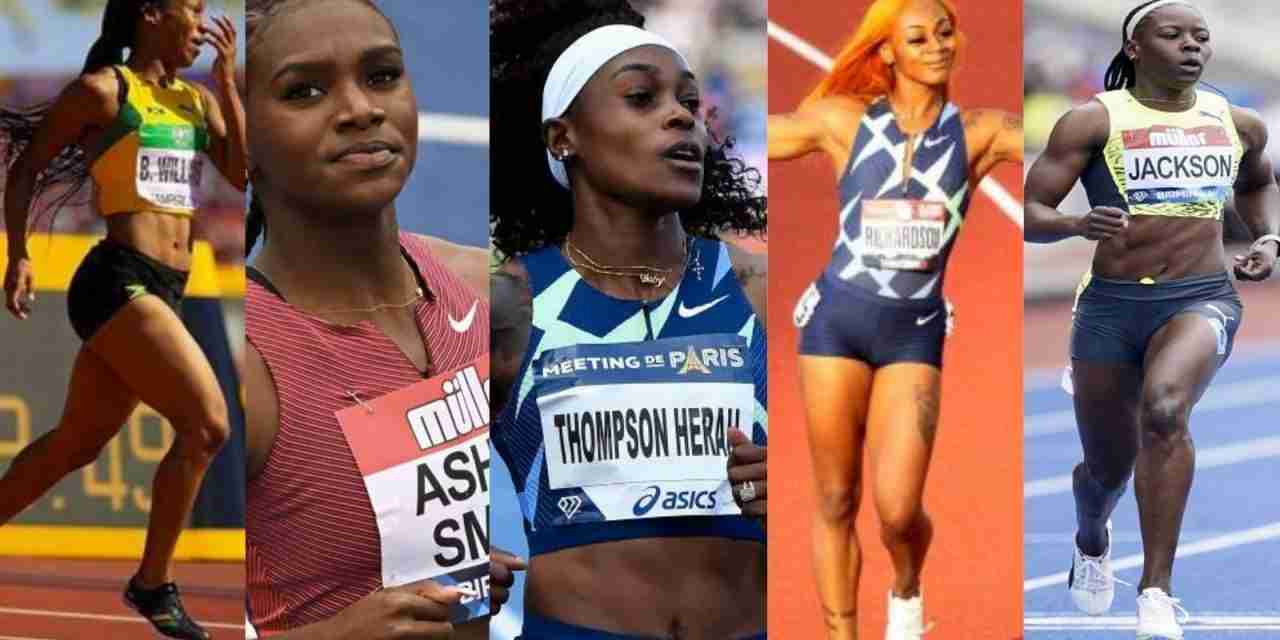 Jamaica’s trio of Olympic medallists, Elaine Thompson-Herah, Shericka Jackson and Briana Williams, are set to face a stacked field at this Saturday’s Prefontaine Classic that will include Dina Asher-Smith and Sha’Carri Richardson.

Meet organisers revealed the line-up for the women’s 100 metre race this afternoon.

Also set to compete at the Prefontaine Classic are Olympians, Marie Josee Talou from the Ivory Coast and Switzerland’s Mujinga Kambundji. Americans Teahna Daniels, the 4-by-100 metre Olympic silver medallist, and Twanisha Terry are also set to compete.

Eyes will be on Thompson-Herah after she withdrew from Saturday’s Diamond League meet in Birmingham, England, citing injury. A race Asher-Smith, won.

Thompson-Herah went on to compete in the 100 and 200 metres at the JAAA/SDF Jubilee Series in Kingston on the same day.

Richardson made her season debut on Saturday when she ran 11.37 seconds in heat 5 to finish fourth in the official race at the Duval Challenge in Jacksonville, Florida. Terry finished in third place in the same race.

Richardson took to the track an hour later and clocked 11.27 seconds to win the unofficial race in a reduced field that didn’t include the winner of the first race Aliea Hobbs.

Richardson has become a polarising character in recent weeks following withdrawals from events in the United States and Kenya. She blasted US antidoping officials in social media outbursts, accusing them of not caring about athletes.

Her former training partner, Justin Gatlin, also says the 22-year-old has the potential to break the women’s 100 metre world record.

While speaking on a recent episode of the I Am Athlete podcast, Gatlin said Richardson has been running 10.3’s in practice.