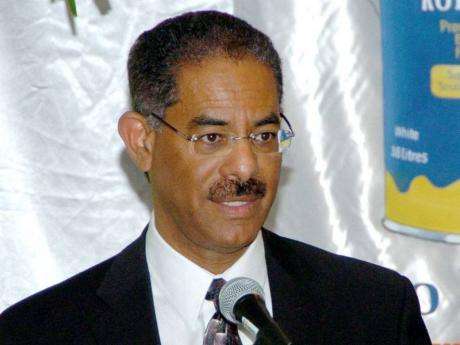 The Jamaica Chamber of Commerce, JCC, is proposing that the government establish a special Trust, to implement the mass divestment of state owned assets.

In a statement today, the JCC says the divestment of public bodies to private interests, could be a key contributor to economic growth in the future.

Divestment has been back on the agenda, since the recent visit to Jamaica by New Zealand’s first Minister of State Owned Enterprises, Richard Prebble.

Prebble has an impressive record, having engineered the transformation of 21 loss making public sector entities into profit making bodies, before selling them off.

As the head of his country’s privatization programme, Prebble also masterminded the sale of Telecoms New Zealand, in a deal acknowledged as the biggest in the history of Australasia.

Well it seems the JCC was listening, as Prebble advised the Jamaican government about the benefits of privatization.

The JCC President, Warren McDonald is not only endorsing calls for more divestment, he’s even suggesting a structure that would make the process efficient.

The head of the JLP’s Economic Advisory Council, Aubyn Hill, has also suggested that Jamaica’s divestment programme, be managed by a single individual or entity.

McDonald says this will streamline the process and spur growth.

But those who oppose wide-scale divestment, say it takes important assets out of Jamaican hands.

The JCC says that hurdle can be cleared by listing the assets on the local Stock Exchange.