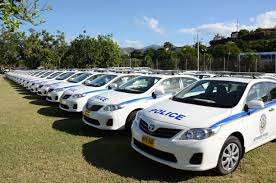 The vehicles, valued at $45-Million, were handed over at a ceremony at the Office of the Police Commissioner on Old Hope Road in St. Andrew.

Westmoreland, St. James and St. Ann will each receive two vehicles, while one each will be assigned to St. Mary, Portland, Trelawny and New Kingston.

Thirty-five million dollars will also be spent to repair and upgrade roughly 100 units in the JCF vehicle fleet.

Police Commissioner, Dr. Carl Williams, thanked the TEF for the gift but lamented that the JCF continues to have a serious issue with mobility.

Commissioner Williams says a more efficient management system will be implemented to extend the lives of of those currently in use.