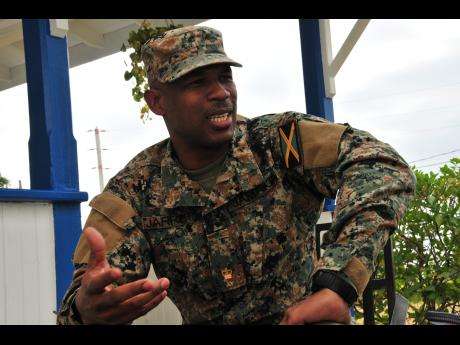 The Jamaica Defence Force (JDF) is seeking to assure that the proposed Zones of Special Operations legislation will not replicate the May 2010 Tivoli Gardens incursion.

Its assurance comes as debate continues over the crime-fighting bill which is likely to become law by the end of the week.

More than 70 people were killed by members of the security forces in the 2010 operation into West Kingston to capture then fugitive, Christopher ‘Dudus’ Coke.

Civil Military Cooperation and Media Affairs Officer at the JDF, Major Basil Jarrett, says the impending legislation could be a game changer.

Last week, a small group of people protested outside Gordon House, raising concerns that the proposed legislation has the potential to create ‘replicas’ of the 2010 Tivoli operation.

The JDF says it’ begun further training of its soldiers and officers in the preservation of human rights and fundamental freedoms as the Special Zones bill is expected to become law soon.

Major Jarrett says the training could take months to be completed.

And, the Jamaica Constabulary Force, JCF, says it’ll be using lessons learned from past police operations as a guide on how to operate in areas designated zones of special operations

Head of the JCF’s Corporate Communications Unit, Superintendent Stephanie Lindsay, says they’ll also be using intelligence to determine how they operate within these declared zones.

She says the police will also have to take the displacement of criminals into account.

Superintendent Lindsay says the JCF is also procuring body cameras to be used within the zones when they’re declared.