JDF Soldiers Shot at by Gunmen in Denham Town 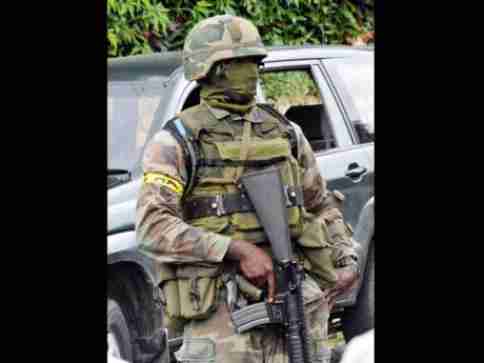 The Jamaica Defence Force, JDF, says some of its members were shot at by gunmen Tuesday morning in Denham Town, West Kingston.

In a statement, the JDF says at approximately 12:50, the Denham Town Forward Operating Base, FOB, received a call that a mobile team came under attack at the Race Course and Blount Static Point in the community.

The JDF says during a search of the lane, a man was observed sitting on a bench and was ordered by the Force not to move.

The JDF statement says the man got up, pulled a pistol and engaged the team, who returned fire.

They say the unidentified man escaped, leaving behind a 9mm Smith and Wesson pistol with one live round.

The JDF says soldiers who conducted searches in the area were met with resistance from a woman when they tried to search a premises.

The woman has since been arrested by the police.

The JDF is urging anyone with information relating to this or any other matter of a security nature to call the JDF Tip Line.