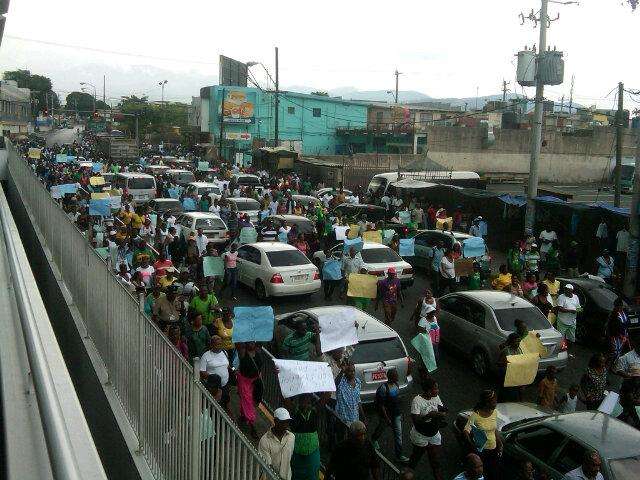 JLP Leader, Andrew Holness says his party will lead more protests across the island if the Simpson Miller administration does not reverse measures which are increasing the burden on Jamaicans fighting for survival.

Mr. Holness was addressing a crowd just outside the Mandela Park in Half-Way Tree, St. Andrew this morning, as the labour party led protest action against recent increases in bus fares.

Some JLP insiders estimate the crowd was twice that number.

This morning, Mr. Holness declared that it was not Mrs Simpson Miller who was in charge of the Government but rather, her Transport Minister, Dr. Omar Davies.

As rain began to fall, Mr. Holness led the crowd to the nearby offices of the Transport and Works Ministry led by Dr. Omar Davies

Police personnel locked the gate and formed a human barrier as the crowd made known their anger at the recent fare increase.