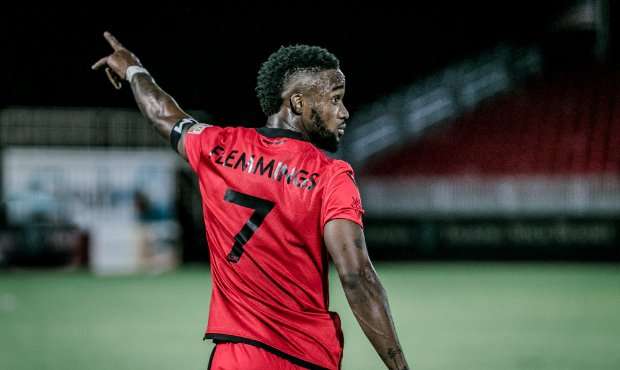 Jamaican International Junior Flemmings has been given another opportunity to ply his trade in the United Soccer League in the U.S after signing a one year contract with Birmingham Legion F.C from Alabama with the option for a second season pending League and Federation approval and the completion of a P1 Visa.

The former Jamaica College and Tivoli Gardens Premier League Striker spend the last two seasons with Phoenix Rising, but the club did not exercise the option of a contract extension at the end of last season.

Flemmings made headlines around the world last year when he was accused of using Homophobic Slurs to a fellow player and was later fined 500 U.S. dollars and suspended for six games, four of which he has already served.

Flemmings who won the USL Golden Boot last season despite his troubles,  will now have to participate in a sensitivity  programme with the Magic City acceptance Centre to help educate athletes on inclusion and the overall LBGTQ Community.

Before signing Flemmings, Legion F.C. had discussions with Flemmings and his former team-mates and coaches to better understand his character on and off the field.

They also spoke with Collin Martin the player Flemmings is alleged to have abused and his coach Landon Donovan just to get their perspective on Legion F.C giving Flemmings another chance.