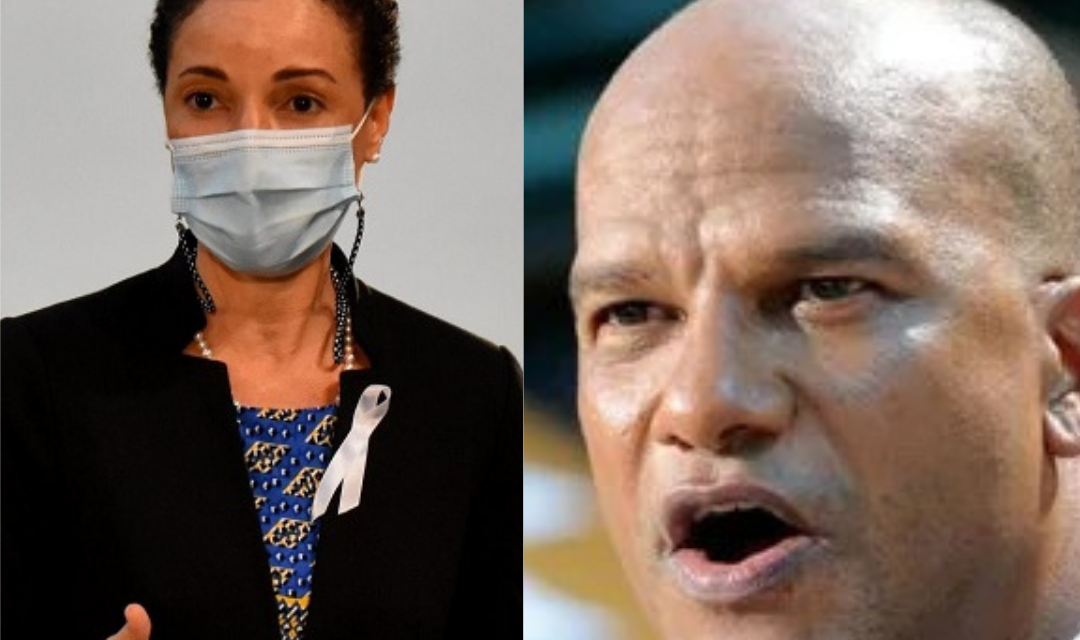 Mr. Bunting accuses the government and other Caribbean countries of having been found previously doing the bidding of the former US Trump administration and undermining the unity of CARICOM.

Johnson Smith, in a statement in the Senate, outlined Jamaica and CARICOM’s continued support and condolences for the people of Haiti.

However, Mr. Bunting questions if Jamaica has any such moral authority.

He notes that Jamaica among other Caribbean countries, was doing trumps bidding during the Venezuelan crisis.

Mrs. Johnson Smith called the question objectionable and noted that the late Haitian President was also present at the meeting.

She accused Mr. Bunting of trying to catch headlines.

However, Mr. Bunting noted that former Jamaican Ambassador Curtis Ward in a news paper article labeled Jamaica and the other participants as Trump’s Hapless Sycophants.

Mrs. Johnson Smith reminded her Opposition counterpart that the US was and remains one of Jamaica’s largest partners and Jamaica will continue to work toward the  best interest of its national development.

Meanwhile, Senator Lambert Brown also questioned if there was any intention to send regional security forces to Haiti.

But, Mrs. Johnson Smith noted that persons seem to conveniently forget the matter of sovereignty when it suits them.