Kartel Lawyer Insists Not Enough Consideration Given to Unsworn Statement 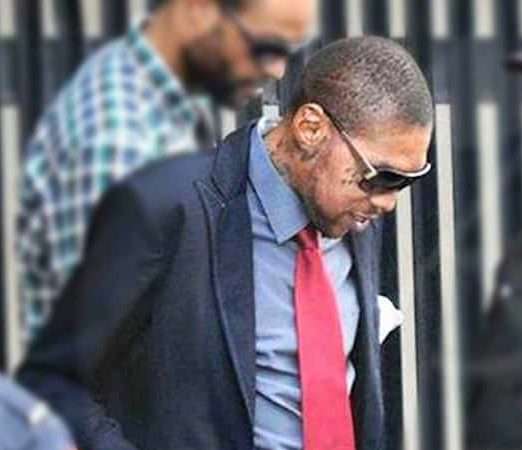 One of the attorneys representing Vybz Kartel and his co-appellants told the Court of Appeal this morning that trial Judge, Justice Lennox Campbell, didn’t give due consideration to Kartel’s unsworn statement.

In that statement, Kartel claimed he didn’t kill Clive ‘Lizard’ Williams. The defense attorneys who presented today said Justice Campbell made other errors in his summation of the trial.

It was also claimed that shoddy police work contaminated the case.

While speaking in court, Mr. Smith said Justice Campbell didn’t give due focus to this statement in his summation to “the detriment of Kartel”.

Mr. Smith told the media after court today, he argued that the jurors in the matter needed better direction from the court in reaching their verdict.

In addition, Mr Smith says Justice Campbell prejudiced Mr. St. John’s case when he summarized all the cases of the accused, in one.

Mr. Smith also says from the outset a distinction should have been made for both Jones and St. John.

Meanwhile, the attorney representing, Kahira Jones, Robert Fletcher, is contending that the agents of the State who gave support to the case against his client were ‘loose, lax and inept’ in their handling of the matter.

He says this forced the prosecution to ‘roll out’ what he described as a contaminated case that led the trial judge into management confusion’.

Mr. Fletcher also argued that his client’s sentencing was ‘manifestly excessive’. He says Justice Campbell didn’t take a social inquiry report into consideration before handing down the sentence.

The defence attorneys ended their submissions Thurdsay. The Crown will respond in the Court of Appeal on Friday.