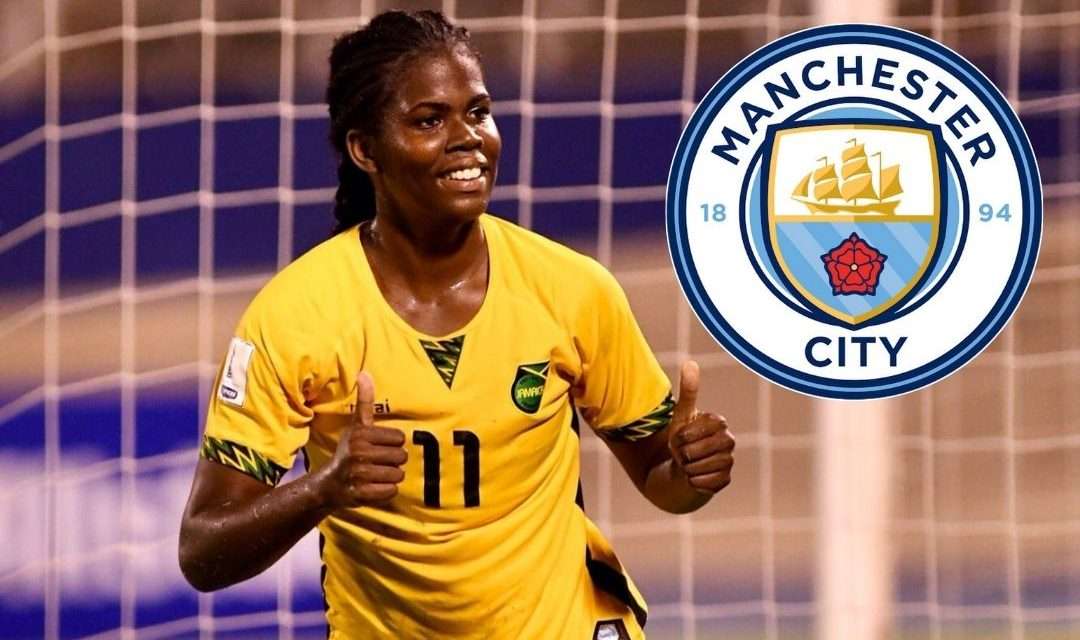 Manchester City are close to completing a deal to sign striker Khadija Shaw from Bordeaux.

The Reggae Girlz captain is the joint-top goal-scorer in France this season, alongside Paris Saint-Germain’s Marie-Antoinette Katoto, with 20 goals in 17 Division 1 Feminine matches.

City are currently second in the Women’s Super League table, fighting for the title with Chelsea, and won the Women’s FA Cup in November, but they have lacked depth in the no. 9 role throughout the campaign.

The signing of Shaw, which is not yet finalised but is near, would bolster City with one of the most exciting strikers in the world right now.

Known as ‘Bunny’, Shaw made her debut for Jamaica as an 18-year-old in 2015 and marked it with two goals in a 6-nil win over Dominican Republic.

She has since scored 42 times in just 30 games for her country, three of those coming in the 2018 CONCACAF Women’s Championship where the Reggae Girlz finished third, qualifying for the Women’s World Cup for the very first time.