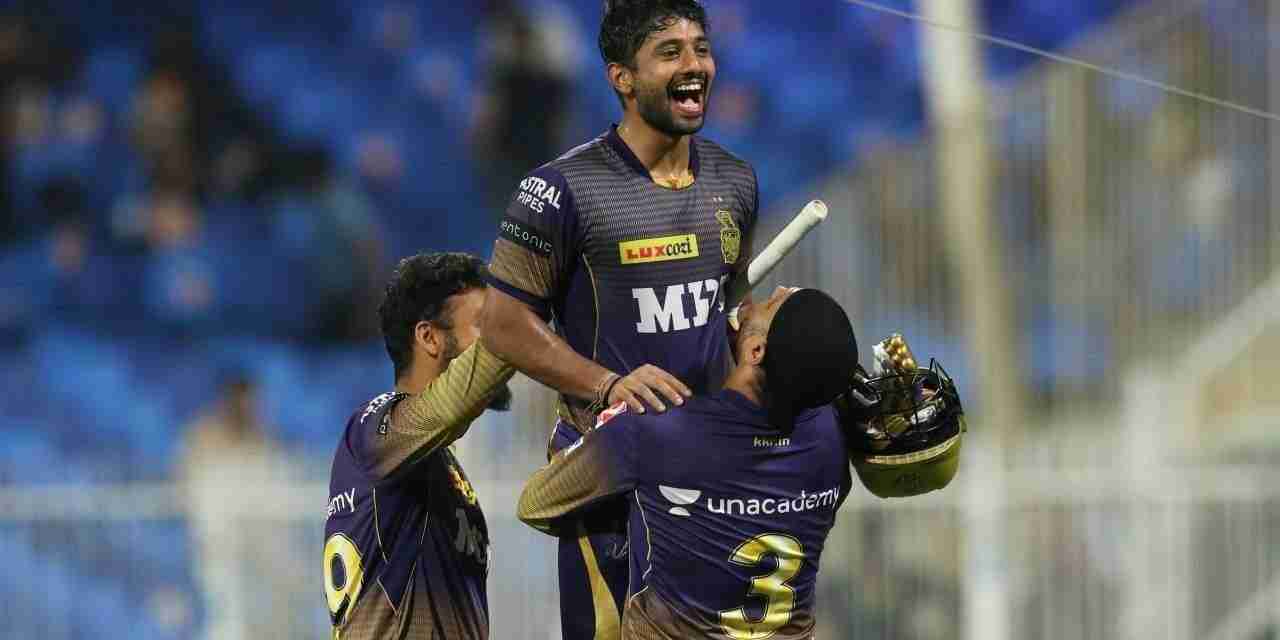 Rahul Tripathi hit a six off the penultimate ball as Kolkata Knight Riders overcame a mighty collapse to reach the Indian Premier League final with a thrilling three-wicket win over Delhi Capitals.

It will be the Knight Rider’s first final in seven years, having lifted the trophy in 2012 and 2014.