Kyiv, Ukraine Capital, Has Been Terribly Hit by a Barrage of Missile Attacks 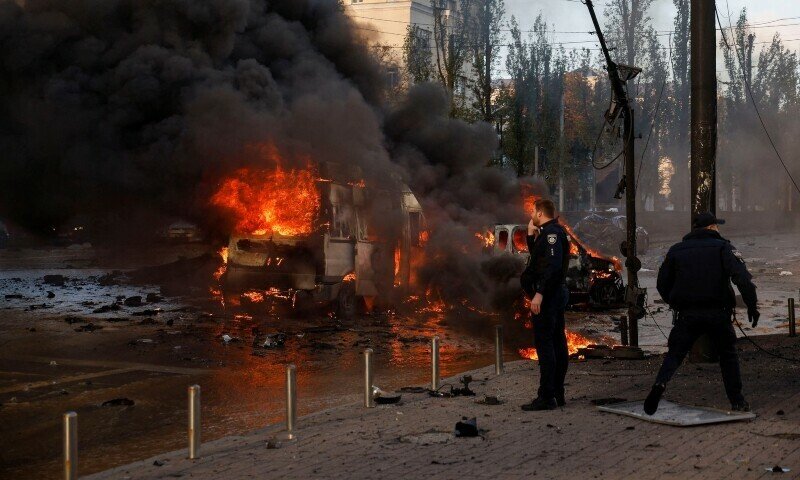 Ukraine’s capital, Kyiv, and several other major cities have been hit in a barrage of missile attacks.

The attacks come hours after Russian President Vladimir Putin accused Ukrainian forces of “terrorism”, over an explosion on a bridge connecting Russia to its annexed territory of Crimea.

Missiles tore into Kyiv, the most intense strikes on the city since Russia abandoned an attempt to capture it in the early weeks of the war that started in late February.

The attacks struck in the heart of the busy city centre during the rush hour in the morning.

The body of a man in jeans lay in a street at a major intersection, surrounded by flaming cars.

In a park, a soldier cut through the clothes of a woman who lay in the grass to try to treat her wounds. Two other women were bleeding nearby.

A huge crater gaped next to a children’s playground in a central Kyiv park. The remains of an apparent missile were buried, smoking in the mud.

More volleys of missiles continued in the capital later in the morning as pedestrians huddled for shelter at the entrance of metro stations and inside parking garages.

President Vladimir Putin has threatened a “harsh response” if attacks continue against Russia, hours after his troops launched a massive wave of strikes targeting cities across Ukraine in response to an attack on the Kerch bridge linking Russia and Crimea.