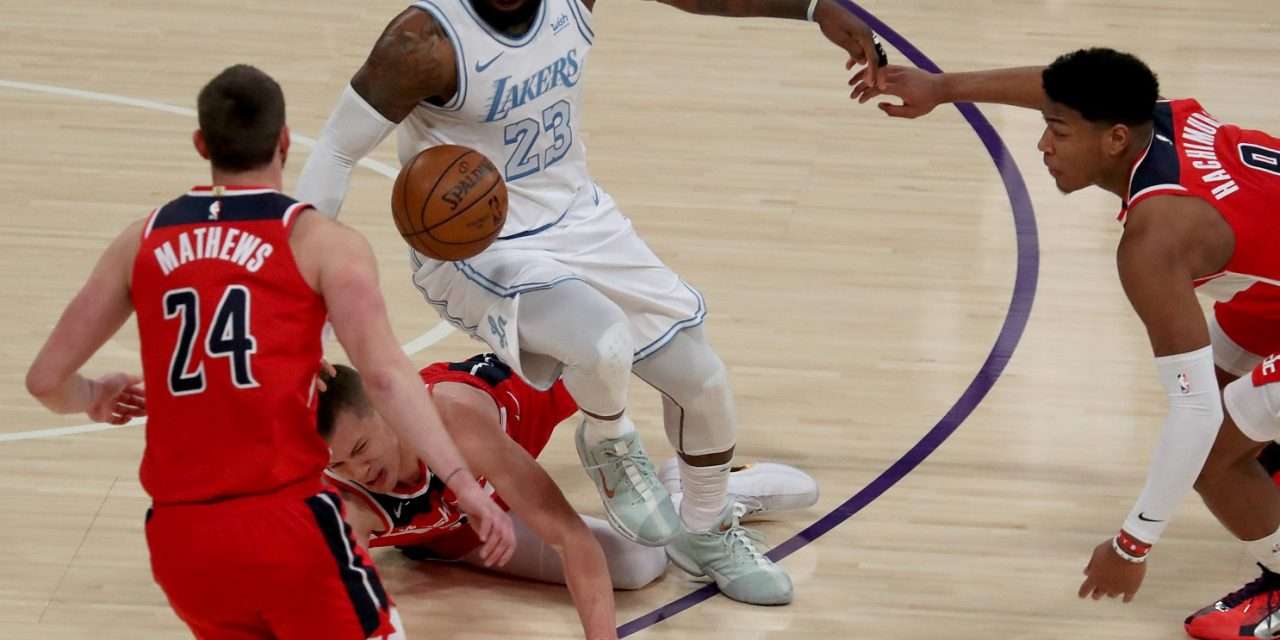 The Los Angeles Lakers let a 17-point third-quarter lead slip as they fell to a 127-124 overtime defeat to the Washington Wizards.

The reversal means that the NBA champions have lost three games in a row for the first time this season.

Both LeBron James and Kyle Kuzma missed late three-point attempts to send the game to a second extra period.

Bradley Beal scored 33 points as the Wizards claimed five wins in a row for the first time in three years.

Elsewhere, Donovan Mitchell finished with 23 points and eight assists and three of his Utah Jazz team-mates scored at least 20 points each off the bench as their side beat the Charlotte Hornets 132-110.

After an eight-day rest because of two weather-based postponements, the Dallas Mavericks beat the Memphis Grizzlies 102-92 while the Chicago Bulls were too strong for an under strength Houston Rockets, winning 120-100.