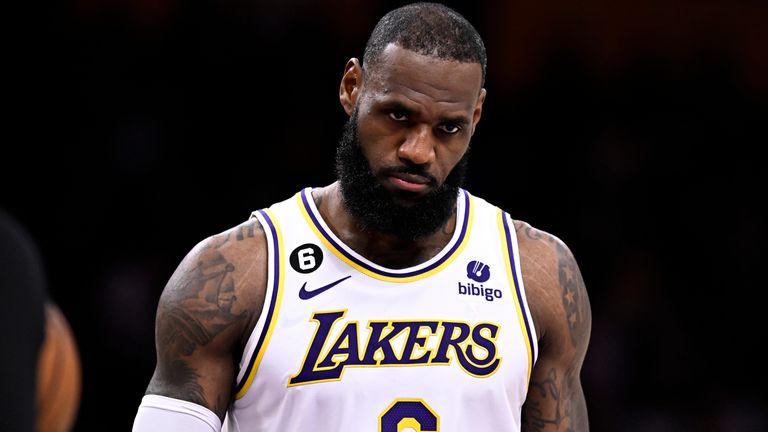 LeBron James edged closer to the NBA’s all-time scoring record, but could not prevent the Los Angeles Lakers from losing 133-115 to the Los Angeles Clippers, last night.

James also became the first player to have had a 40-point game against every NBA franchise.

On current form, James is on track to break Abdul-Jabbar’s record within two weeks.

Paul George scored 27 points for the Clippers as they earned their 10th successive victory over the Lakers, a run that stretches back to the opening game of the 2020-21 season.

The win moves the Clippers to fifth in the Western Conference while the Lakers are 13th.

Jokic, back after a two-game absence because of a hamstring injury, finished with 25 points, 11 rebounds, and ten assists as the Nuggets secured their 10th victory in 11 matches.