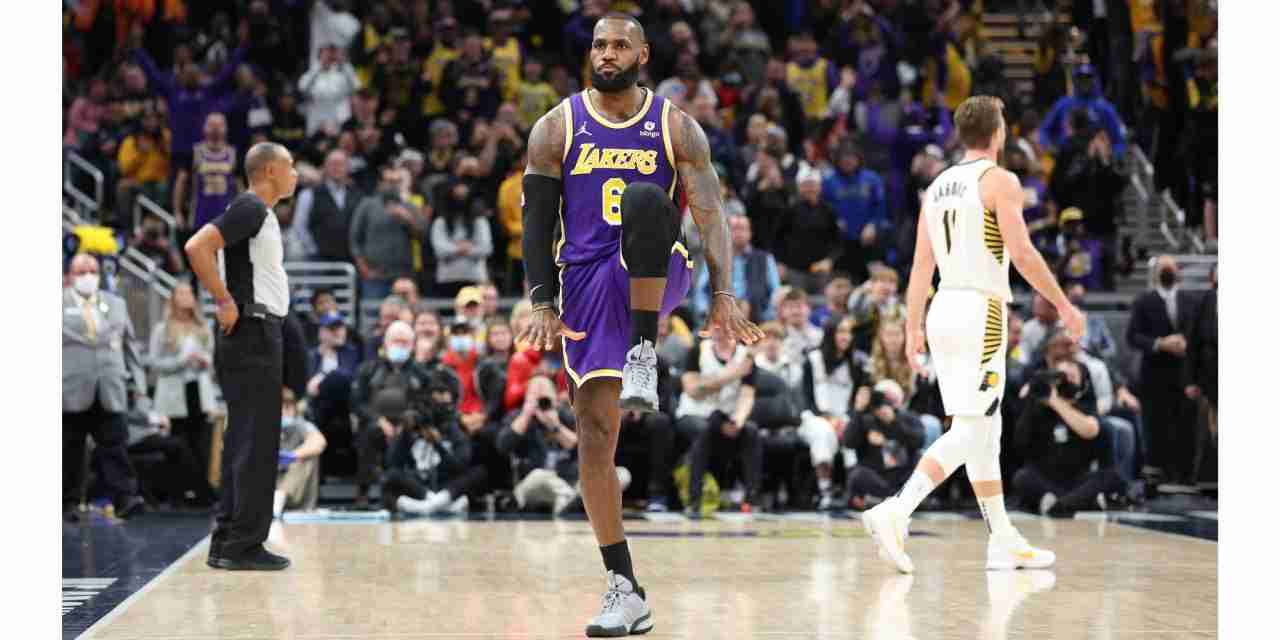 LeBron James returned from suspension to inspire the Los Angeles Lakers to a 124-116 overtime win over the Indiana Pacers in the NBA Western Conference.

The Lakers trailed for most of the game but James scored 39 points, including eight of their 12 points in overtime in Indianapolis.

The 36-year-old was banned for one game after clashing with Detroit Pistons’ Isaiah Stewart on Sunday.

They were without Anthony Davis, who missed the game with flu-like symptoms, and Indiana – led by Malcolm Brogdon’s 28 points – were in control for the majority of the contest.

James rallied to help the Lakers lead 110-104 with less than two minutes remaining, but Chris Duarte’s three-pointer for Indiana at the buzzer forced overtime.

Elsewhere, the Phoenix Suns held off the Cleveland Cavaliers 120-115 to extend their winning streak to 14 games. Devin Booker scored 35 points and Chris Paul added 17 with 12 assists for Phoenix.

Western Conference leaders the Golden State Warriors recovered from a slow start to beat the Philadelphia 76ers 116-96, with Warriors’ Stephen Curry scoring 25 points – one more than his brother and Philadelphia guard Seth Curry.

The Brooklyn Nets defeated the Boston Celtics 123-104, defending champions Milwaukee Bucks were 114-93 winners over the Detroit Pistons, and the Houston Rockets ended a 15-game losing streak by shocking the Chicago Bulls 118-113.