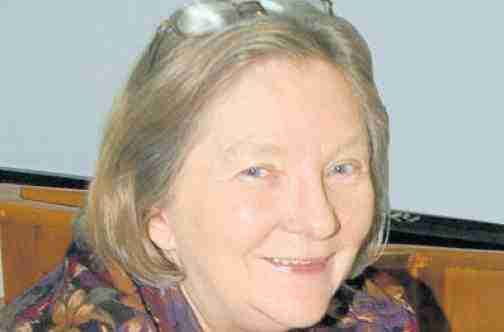 The legal fraternity is mourning the death of one its own, Legal Aid Counsel and human rights activist, Nancy Anderson.

Her colleague and friend, Robert Fletcher, told our news centre he was told Ms Anderson passed this morning.

The prominent attorney is featured in a soon-to-be released special feature being produced by Nationwide.

During our final interview with Miss Anderson, she spoke about the delays in getting transcripts of trials and how this is impacting the appeals process.

In two recent landmark rulings handed down by the Court of Appeal, the higher court found this to be a breach of the constitutional rights of the appellants.

During a September 8, 2021 interview, Nancy Anderson, told our news centre that she tries to ensure her clients receive compensation when they’re the victims of such constitutional breaches.

She also called for additional funding of Jamaica’s justice system.

The American was also co-counsel in the highly publicised Caribbean Court of Justice case – Shanique Myrie versus Barbados in 2013.

The Human Rights Advocate served as counsel in numerous cases both in the Jamaican Courts and at the country’s final appellate court, the Privy Council in the United Kingdom.

The Jamaica Bar Association, JBA, is lauding the attorney-at-law, Nancy Anderson, as a stalwart for human rights advocacy in the country.

President at the JBA, Alexander Williams, says the Legal Aid Counsel will be sorely missed.

Ms. Anderson made several contributions to the Association, the Kingston Legal Aid Clinic and the Citizens Action for Free and Fair Elections, among others.

Mr. Williams added that Ms. Anderson was recently awarded for her distinguished career and legal service.

Mr. Williams says Ms. Anderson added to her exemplary work by continuously advocating against the wrongful detention of individuals by the state.

And, Public Defender, Arlene Harrison Henry, says the country owes a debt of gratitude to Nancy Anderson for her seminal role in establishing the Drug Court and removal of mentally ill persons from correctional facilities.