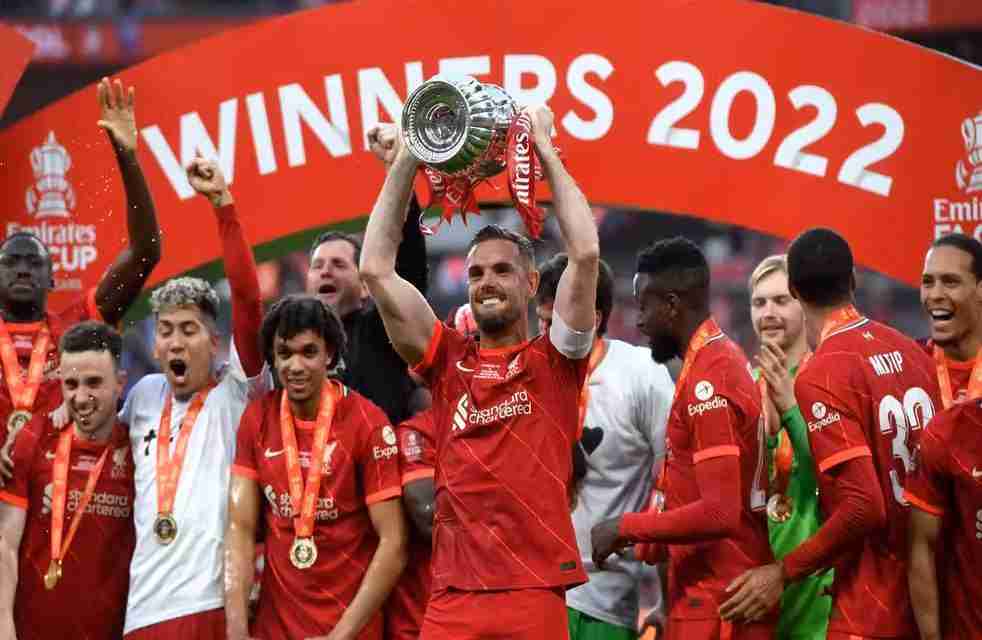 The Reds defeated a very impressive Chelsea side once again on penalties after the match ended in a nil-all draw.

Jurgen Klopp’s side won on penalties 6-5 with Kostas Tsimikas scoring the final penalty.

After Sadio Mane missed the initial opportunity to win the Emirates FA Cup for Liverpool, Kostas Tsimikas was granted the opportunity.

His penalty did not disappoint.

The victory means Liverpool remain in the hunt for a historic quadruple.

The Reds are still in the Premier League title race and have the Champions League final to come against Real Madrid.