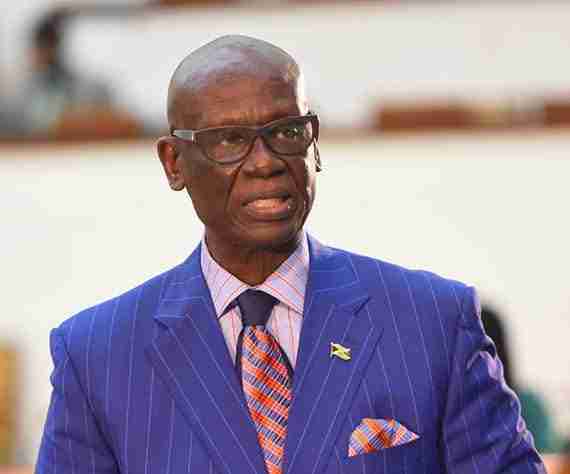 Minister of Local Government and Rural Development, Desmond McKenzie, says the death of a firefighter who was hit by a motor vehicle in Ocho Rios, St. Ann is yet another instance of tragedy, pain and bitterness caused by personal irresponsibility.

Firefighter, Larenzo Douse, was killed yesterday after completing a firefighting operation in the area.

It’s reported that the motorist overtook a line of traffic along the Ocho Rios Main Road in the vicinity of Reynolds Pier, and crashed into the back of a fire truck while the crew were replacing equipment.

Fire-fighter Douse was reportedly alone at the back, putting a pump into the fire truck when the car slammed into the truck, crushing him. He was taken to hospital where he was pronounced dead.

Minister McKenzie says Douse served the Jamaica Fire Brigade for 6 years and had just celebrated his 25th birthday on November 13.

He says the grief at his terrible demise is being felt beyond the Ocho Rios Fire Station, where he was stationed, and goes all the way into the St. Catherine Division, where Larenzo’s father is a serving Assistant Superintendent.

McKenzie is appealing to all road users to obey the rules of the road.