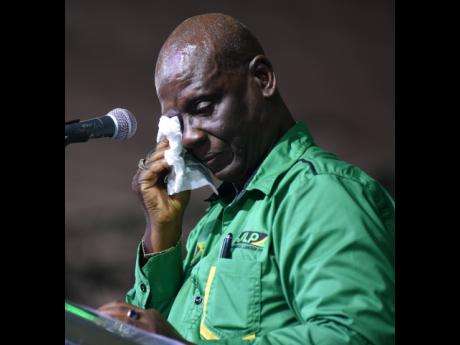 Local Government Minister and MP for West Kingston, Desmond McKenzie, is appealing to citizens to not support acts of criminality and violence.

Mr. McKenzie was speaking at a Jamaica Labour Party area council 1 meeting at the weekend.

The Minister while making his presentation expressed sorrow for the tragic killing of the Kingston Technical High School student who died after being attacked with a knife by a fellow student.

The 16 year old student Michion Campbell was stabbed in the neck by a 17 year old female student.

Campbell was taken to hospital by the school’s Dean of Discipline.

She reportedly died on arrival.