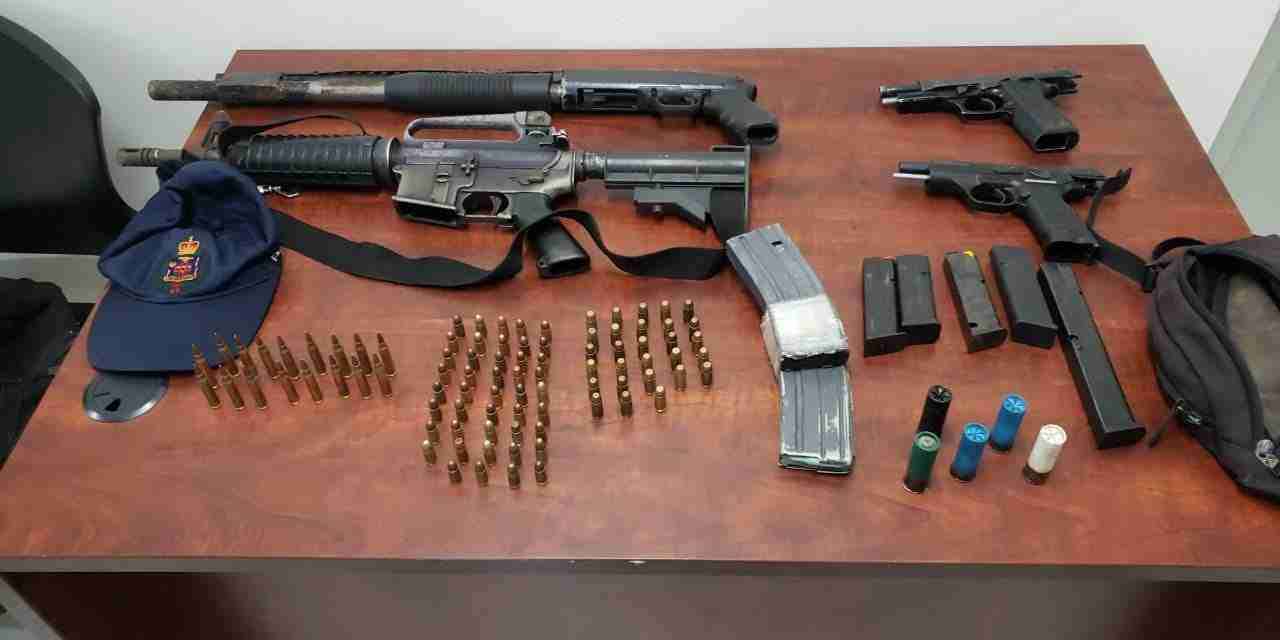 Two high-powered weapons are among four guns and 89 assorted rounds of ammunition seized by the St Catherine North Police.

The seizure occurred on Friday in Linstead in the parish.

The police say an M-16 rifle along with two magazines containing 17 rounds and a 12-gauge shotgun were seized.

In addition, the police seized two semi-automatic pistols and 44 rounds of ammunition.

Head of the St Catherine North Police, Senior Superintendent Howard Chambers, said shortly after midday, a joint police-military team was on patrol in Commodore district when a man was seen acting in a suspicious manner.

He says the man escaped as the team tried to arrest him.

SSP Chambers is urging citizens to call the police once they see strangers in their community.