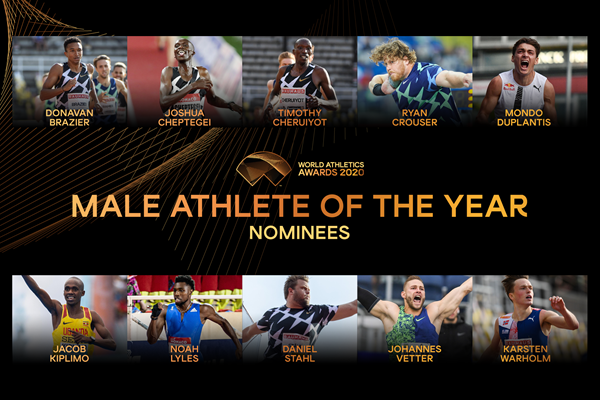 Two of the biggest performers in World Athletics have been named among ten nominees for the Male Athlete of the Year Award.

The names of the  nominee were released by World Athletics for the awards function set for Saturday, December 5.

The award show will be done virtually.

The other nominees are:

A three-way voting process will determine the finalists.

Voting for the World Athletes of the Year closes at midnight on Sunday 15 November.

At the conclusion of the voting process, five men and five women finalists will be announced by World Athletics.

The male and female World Athletes of the Year will be announced live at the World Athletics Awards 2020 on Saturday, December 5.

The female nominees will be announced Tuesday, November 3.