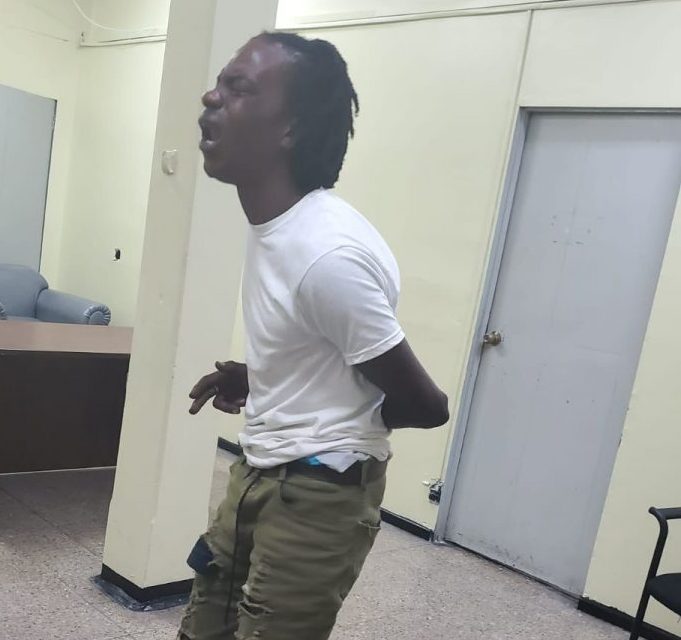 A man who was captured on video forcing passengers to leave a public passenger vehicle in downtown Kingston this morning has been charged.

The man is 32-year-old Ramone Silvera. In a statement the police said Silvera gave his occupation as professional clown.

The man who was branded a ‘Thug’ in the JCF statement has been charged with assault at common law, disorderly conduct and indecent language.

Silvera was caught on tape appearing to harass and intimidate passengers in a taxi.

This as bus and taxi drivers across withdrew their services demanding a traffic ticket amnesty from the government.