Manchester United Go Clear at the Top of the EPL 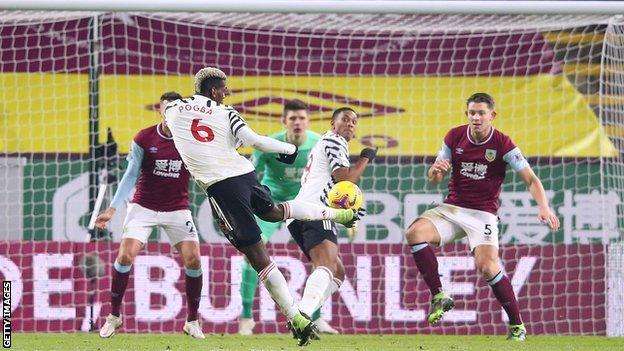 Former champions Manchester United are top of the English Premier League, after the New Year, for the first time since ex-boss Sir Alex Ferguson left the club in 2013.

The Red Devils beat Burnley 1-0 at Turf Moore thanks to a Paul Pogba 71st minute strike.

United are now on 36 points, three more than champions Liverpool while Everton moved up to joint third on points but fourth on goal difference after beating Wolverhampton Wanderers 2-1 at Molineaux.

Alex Iwobi and Michael Keane got the goals for the Toffees while Ruben Neves got Wolves’ consulation.

Meanwhile after going the longest period without a victory in British football history, Sheffield United finally picked up three points in the English Premier League today after beating Newcastle United 1-0 at Bramal Lane.

Billy Sharpe got the winner on 73 minutes from the spot.

Despite the win Sheffield is still rooted firmly to the foot of the table.