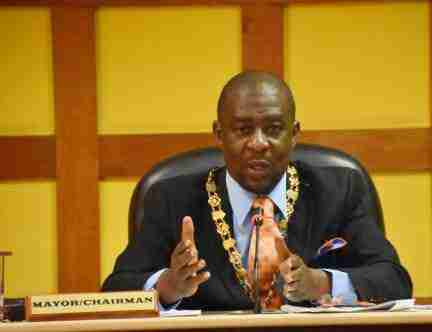 Mayor of Mandeville, Donovan Mitchell, in seeking to clarify circumstances surrounding his resignation withdrawal last week, saying the municipality had ‘some problems.’

While speaking at a Changing of the guard ceremony for the Manchester police division on Monday, Mitchell revealed that some members were displeased with his duties as Mayor.

Mayor Mitchell, who is also the Councillor for the Royal Flat Division, did not reveal what exactly had caused the discord.

He further highlighted that every resident in Mandeville has voice that should be expressed.

The ceremony was held in recognition of the departure of Superintendent Gary Francis as Head of the Manchester Police Division.

He is being replaced by Deputy Superintendent of Police, Lloyd Darby.