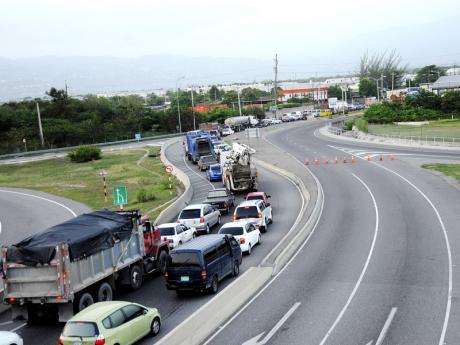 NWA Communications and Customer Service Manager, Stephen Shaw, says starting at 3:00 pm motorists will be allowed to use both the eastern and western carriageways.

However, he says the full reopening will only be for 17 hours, as restrictions will once again be in place come 8:00 Sunday morning.

Mr. Shaw says the reopening will facilitate expected increases in traffic, as persons travel to the New Years’ Eve Show on the Kingston Waterfront.

He’s reminding motorists that the road way continues to be a work zone and there remains a number of open trenches and manholes along the corridor.

However these will be cordoned off for the safety of road users.

Mr. Shaw says the police have been advised and that measures are expected to be in place to reduce the likelihood of speeding.

Marcus Garvey Drive is being improved at a cost of 20-million US dollars.

The work includes widening the road way from four to six lanes, installation of traffic signals and drainage improvements.

Mr. Shaw says the project is be completed by March 2017 and is currently about 85-percent complete.