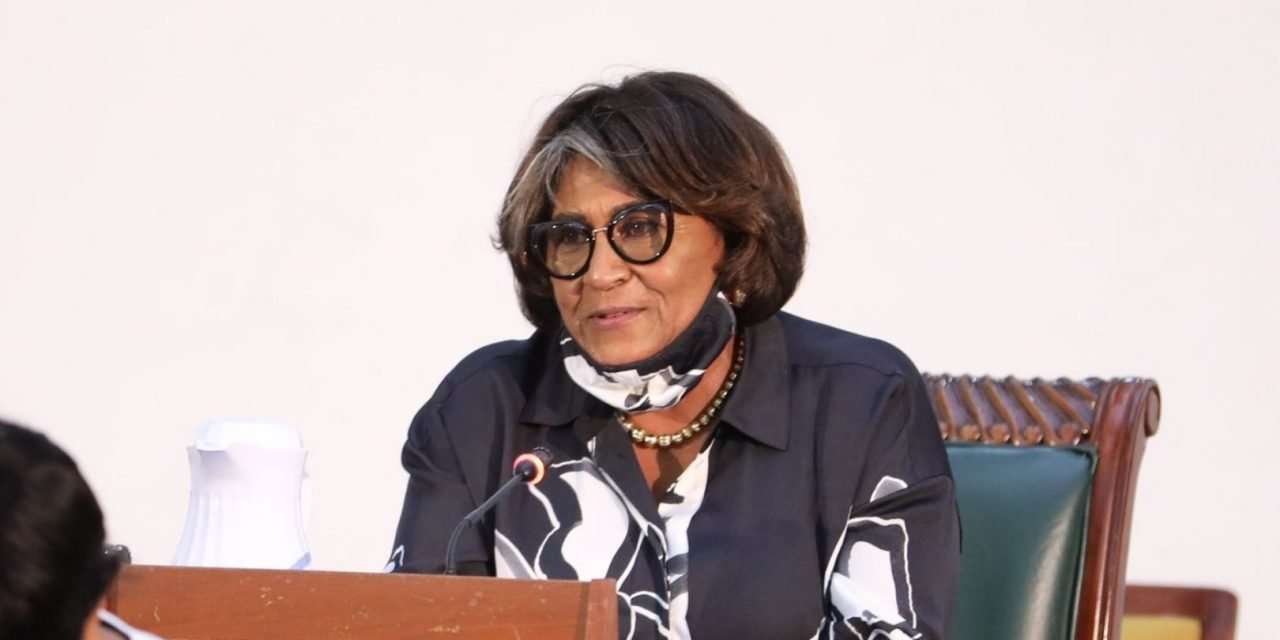 Newly appointed Speaker of the House, Marisa Dalrymple- Philibert, promised to conduct the Parliament with the highest standard.

The Southern Trelawny MP is serving her second term as Speaker of the House.

She first served during the Bruce Golding administration between 2007 and 2011.

She’s succeeding the veteran Pearnel Charles Senior. He has retired from representational politics.

Mrs. Dalrymple-Philibert, reminded the Members of Parliament they are there to serve the people of Jamaica.

Mrs. Marisa Dalrymple-Philibert, Speaker of the House of Representatives.

It’s the first that both the Speaker and the Deputy Speaker are women.

In the meantime, re-elected President of the Senate, Tom Tavares Finson, is calling on his fellow senators to carry out their duties with integrity.

Speaking shortly after his swearing-in this afternoon, Senator Tavares-Finson noted the responsibility placed in the hands of the Parliament by the people of Jamaica.

He thanked the Prime Minister for re-appointing and allowing him a second term as Senate President.

Leader of Government Business in the Upper House, Kamina Johnson-Smith, welcomed the new members. She called for bipartisan cooperation in order to fulfill the peoples’ agenda.

Leader of Opposition Business, Donna Scott-Mottley, says the Senate will play an even more critical role due to the reduced numbers of the opposition in the lower house.

Donna Scott-Mottley, Leader of Opposition Business in the Senate.