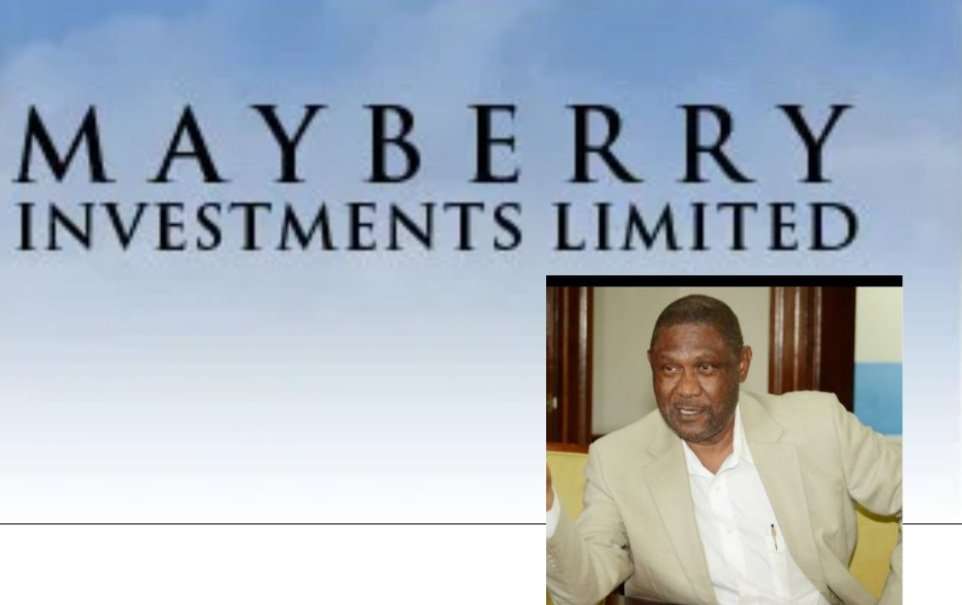 Arbitrator, Retired Justice Roy Anderson has ruled that brokerage power house, Mayberry did not breach the Margin Agreements it has with Bridgeton which is owned by businessman, John Jackson.

In a recent ruling, the Arbitrator said because Mayberry did not breach the Margin Agreements, Bridgeton is not entitled to recover damages it had sought amounting to $1 billion.

The Arbitrator also ruled that a sum of $7.3 million which was posted and reversed by Mayberry is to be paid to Bridgeton with interest at 6% per annum from the date of reversal.

On the upside for Mayberry, the Retired Justice ordered Bridgeton to pay 90% of Mayberry’s cost in the long running Arbitration proceedings.

The agreements between Bridgeton and Mayberry included a ‘margin maintenance requirement’, which stipulated that Bridgeton had to maintain a certain market value in those accounts, failing which they would be subject to a margin call by Mayberry.

Their dispute stemmed from agreements signed between the parties in 2004 and 2005-2006, under which Mr. Jackson’s company, as an investor, would borrow against the value of the eligible securities in accounts held at Mayberry to purchase or sell securities.

A margin maintenance call requires an investor to repay debt owed in cash or deposit, or to sell sufficient securities to rebalance the accounts.